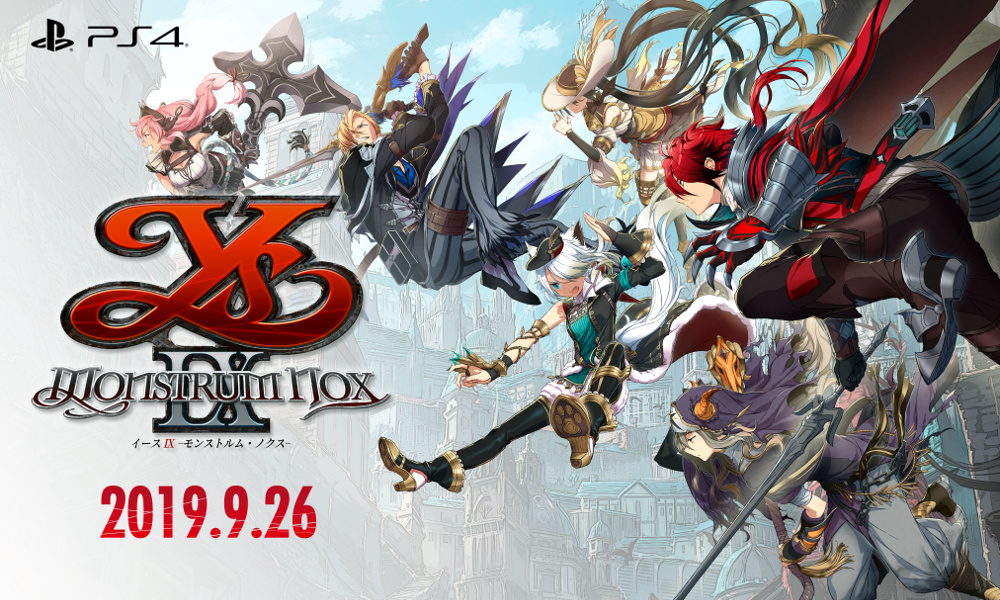 We get to see two of the “Monstrum” that will be playable in the game, alongside some battle scenes showing combat against some rather large enemies.

You can check out all the images at the bottom of the post.

Ys IX: Monstrum Nox is the brand new chapter of the Ys series, and sees traditional protagonist Adol detained in the prison city of Bardeux as a key witness for the disappearance of the fleet in the Atlas Ocean.

While he is trying to escape from jail, he gets involved in a strange case related to the prison city itself and the people defined “Monstrum” after meeting a mysterious woman.

If you want to see more, you can enjoy some gameplay video and additional images, the first gameplay and more screenshots, some more recent images, and the original reveal.

At the moment, no western release has been announced and considering the rather confusing way Nihon Falcom localization have been handled over the past few years, it’ll be interesting to see if this will come west any time soon.