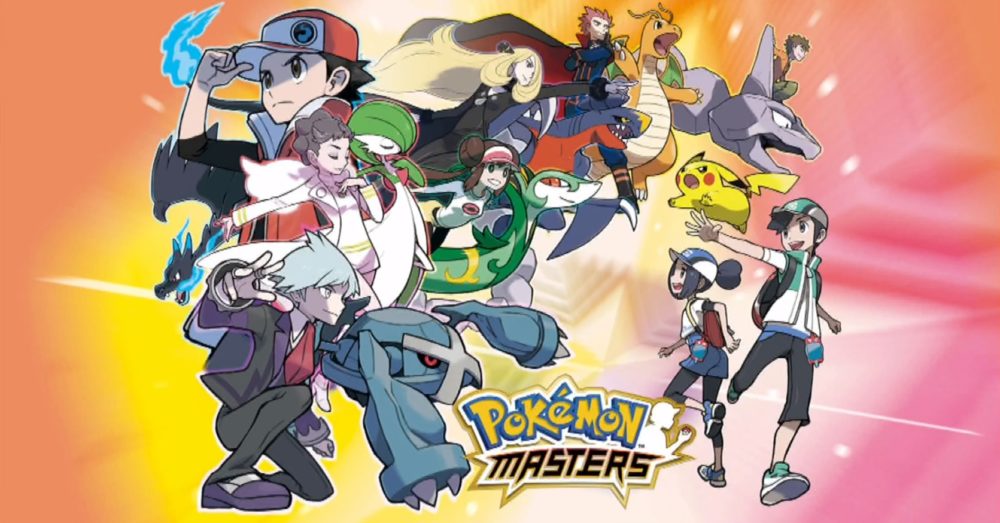 After numerous rumblings about the DeNA and The Pokemon Company collaboration game, the title was released at the Pokemon Press Conference this evening. Pokemon Masters will be coming to iOS and Android in the 2019 calendar year. They made sure to emphasize that it is the calendar year, not the fiscal year.

This game began as an idea from long-time Pokemon art-director and character designer, Ken Sugimori. Pokemon Masters will feature all past and present Pokemon trainers from the video games along with their partner Pokemon.

A short trailer was also revealed alongside the announcement that detailed the features of the new title. Pokemon Masters will use full 3D models of each character. The models appear to be completely new for this game. Cynthia, Brock, Blue, and Misty have all appeared in past 3D Pokemon games, but none of them appeared to be simply copied over.

Pokemon Masters will be playable in multiple languages. Japanese and French audio was showcased in the video as well as English subtitles.

Battles will be up to 3-on-3, but it’s currently unclear if there will be other modes. Your Pokemon do not appear to have the typical four-move moveset. Instead, you’ll have one move and one item. Weakness will be displayed above the head of each Pokemon on the field to make it easier for beginners who don’t already know their Pokemon type charts.

It also appears that there will be something reminiscent to Z-moves in Pokemon Masters. There was a point in the reveal trailer where Brock’s Onix performed a move called Rock-Solid Rockslide. There isn’t already a Z-move with this name in the series, but the animation looks like when you initiate one of those special skills.

They also announced that more details on Pokemon Masters will be revealed in June of this year.

If you want more information on what happened at the Pokemon Press Conference check out these articles about Pokemon Sleep, Detective Pikachu, and Pokemon Home.