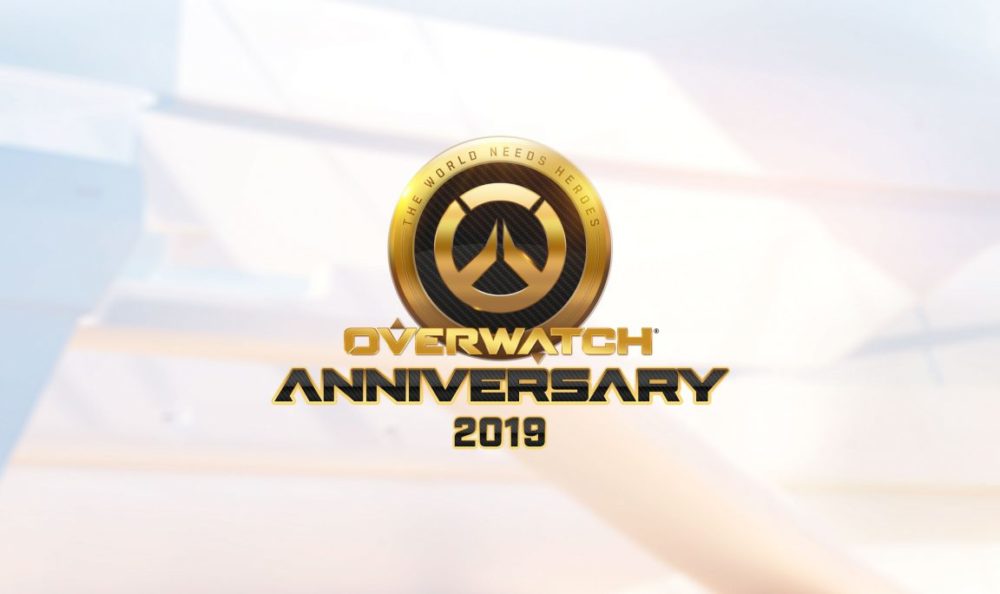 Overwatch is ready to celebrate 3 years since release with its 3rd Anniversary event running from May 21 through June 10.

The 2019 Anniversary celebration will include 6 new legendary skins and 3 epic skins (although we don’t know for which Heroes yet), along with new dance emotes for Baptiste, Ashe, and Wrecking Ball.

In addition, all seasonal cosmetics from previous events will become available again during the Anniversary celebrations. The same goes for past seasonal brawls, which will be rotating daily in the game’s Arcade mode.

As an additional celebratory bonus, a free trial period will coincide with the first week of the event for those who want to try Overwatch out for the first time. From May 21 through 28 the full game will be playable without charge, and pre-loading is already available for console gamers.

Since Overwatch first launched in 2016 it has received copious critical acclaim, including Game of the Year in 2016. Most recently, the game has seen the addition of a new escort map and a new custom game editor entitled Overwatch Workshop. While still only in a sort of beta-test state on the game’s PTR (Public Test Realm), PC players have already come up with some ingenious creations.

Be sure to stick with Twinfinite for the latest on the new cosmetics, emotes, and more coming to the Anniversary Event soon.

Follow these links to check out 2017’s and 2018’s Anniversary skins ranked from worst to best, all of which will be available alongside the new skins on Tuesday.

Overwatch is available for PC, PS4, and Xbox One

Let’s get this party started! 🎉🎂

The Overwatch Anniversary celebration begins on May 21! pic.twitter.com/pEh1upfdIv