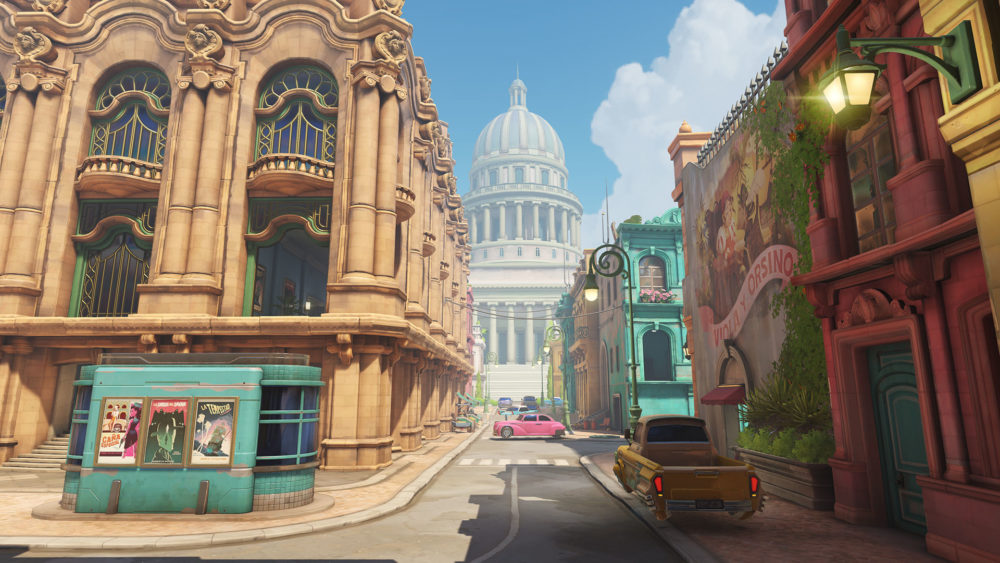 Havana released Tuesday, May 7 on all platforms and is now available in all modes except competitive, having previously been available to only public test server players and those who completed the Storm-Rising co-op mission and were able to play a map a few weeks prior.

The trailer description reads: “Get ready to explore the heart of Cuba. Discover the old colonial fortifications and fight through the colorful streets of the iconic coastal city. Havana is now playable!”

Havana is one of Overwatch’s most vibrant, colorful, and beautiful Overwatch maps yet, with great music to top it all off.

The trailer displays a garage, sea fort, and rum distillery ‘Don Rumbotico’. The trailer also alludes to the cultural elements of Havana, showing off instruments, graffiti artwork, markets, advertisements for ongoing shows, and finally a castle – likely based on Morro castle.

Two new All-Star skins have also been released for Lucio and Mercy in addition to the new map launch and are also available now.

Overwatch map ‘Paris‘ was also released this year, making Havana the second map of 2019 so far.

You can watch the trailer for Havana now on the PlayOverwatch YouTube channel: