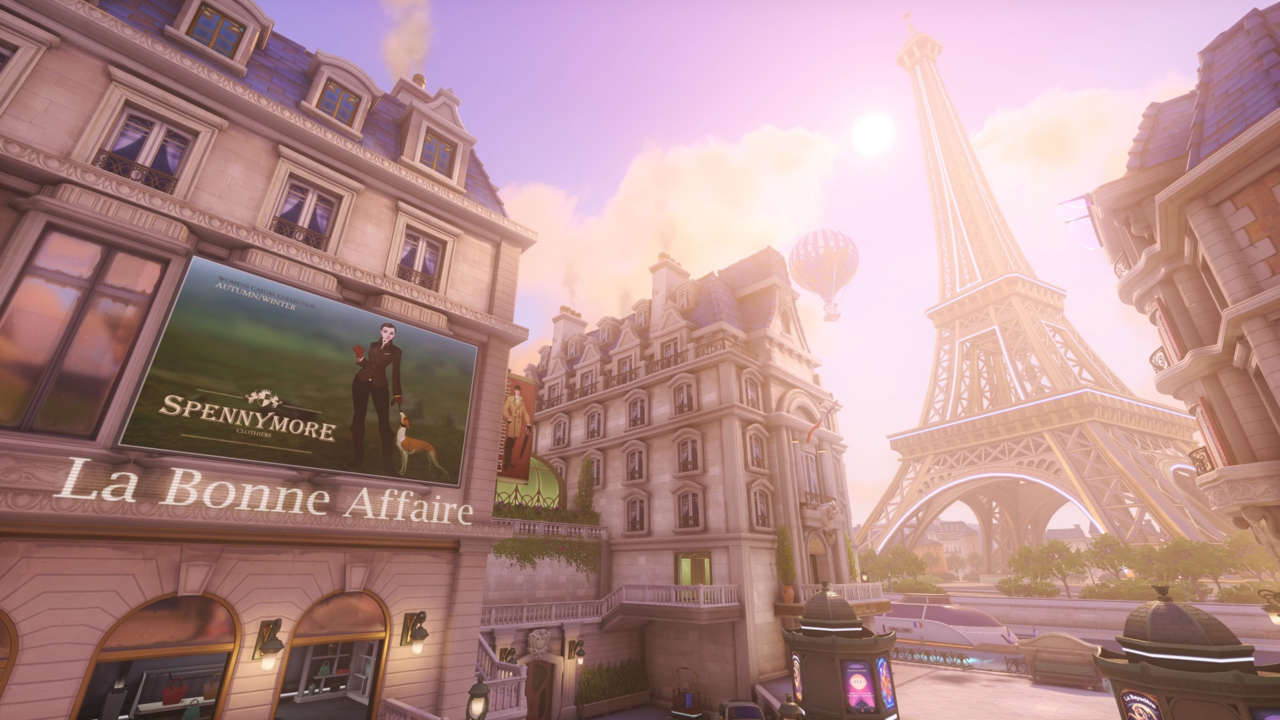 An all-new map set in the French capital is coming soon to Overwatch. Simply titled “Paris,” the map is now playable for PC players on the PTR (Public Test Region), but console players will have to wait until the final release to try it out.

Paris will be another “assault” (or “2CP” style map), joining the ranks of Horizon Lunar Colony and Temple of Anubis. Paris will be only the fifth assault map (out of 20 maps total), and hopefully, it will provide a more varied experience than the current assault offerings.

With assault maps, teams have the objective of capturing two control points to win. And typically, one of these points is much easier to capture than the other, turning 2CP matches into either a steamroll or a tense slog.

After giving it a try in the PTR, the unique layout of Paris looks like it may well change things up.

Paris (the map) is filled with narrow streets and sprawling pathways like Paris (the city), and the choke points are not as obvious as other assault maps. This new Parisian excursion is also filled with notable real-life landmarks like the river Seine, in addition to juicy lines-of-sight for Overwatch’s French sniper Widowmaker.

“Busan”, the most recent map added to Overwatch, was introduced back in August. And while the game is currently in the midst of a new skin and emote-bringing Lunar New Year celebration, it’s still the same event and game modes players have seen for three times now. Fans should be happy about the completely new content that the new map brings.

The final release date of Paris is unknown at the moment, but we guess it’ll probably be on or around Valentine’s Day. New maps are usually tested for 2-3 weeks on the PTR before full release, and this would be too perfect of a date for Blizzard to pass up.

Get whisked away to Paris soon on PC, PlayStation 4, and Xbox One. pic.twitter.com/PGrVKw4JdH