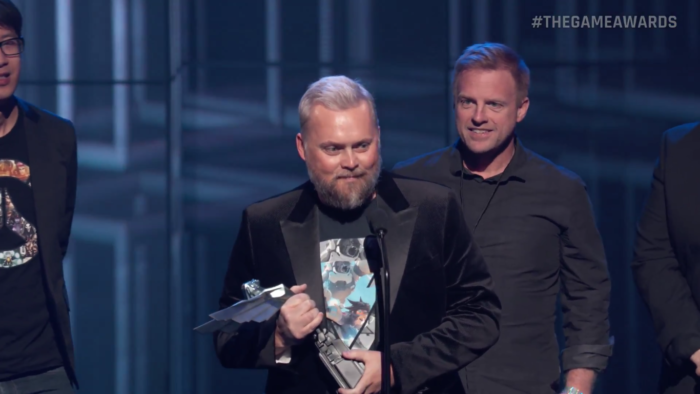 In a crowded field of games this year, it all came down to 5 different titles vying for the chance to be The Game Awards‘ best of 2016. The games in question are Doom, Titanfall 2, Overwatch, Uncharted 4: A Thief’s End, and Inside. While four out of the five games are AAA titles, they couldn’t be more different from one another. With no clear winner this year around, many wondered which game had a chance at taking home this coveted award.

Overwatch rose above its competitors, nabbing the Game of the Year award for 2016. Blizzard’s multiplayer shooter was an unprecedented phenomenon upon release. Players immediately fell in love with the diverse cast and frantic team-based gameplay.

It’s Blizzard’s first original IP in years, and it proves that the revered developer still knows what makes a great game, even in a genre they’ve never touched before. It may only feature multiplayer modes, but it is a master of what it attempts, creating some of the most addictive and deep gameplay loops in an FPS in years.

Congratulations to Blizzard and the entire Overwatch team for their win tonight.

Check back to Twinfinite for all the news on The Game Awards, including every winner and reveal!