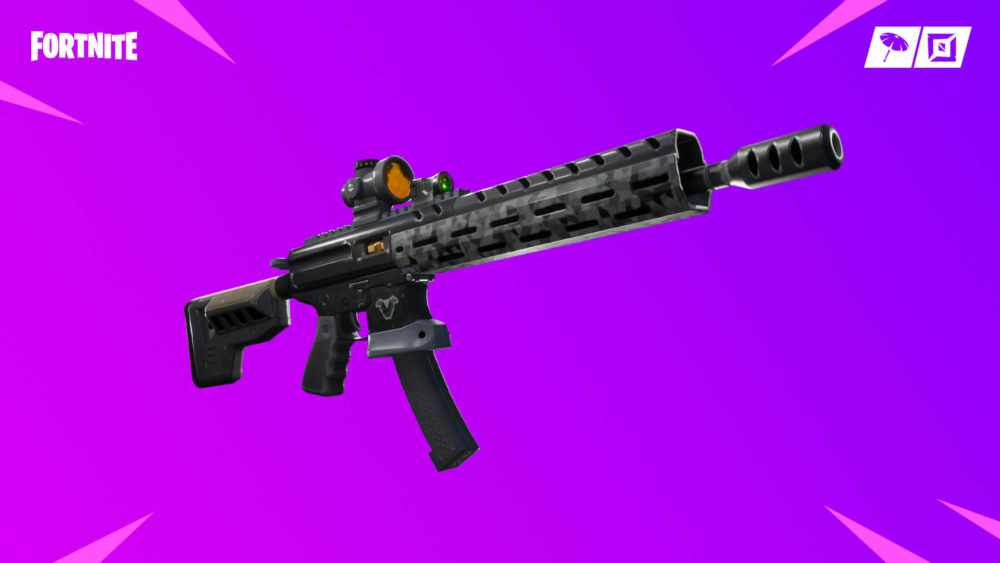 Epic Games revealed the Fortnite patch notes for the 9.01 update coming to the game today and adds a new weapon while balancing others in Battle Royale.

The newest weapon added to Battle Royale is the Tactical Assault Rifle, a fully automatic rifle that has “a tight spread in close quarters but is less effective at long range” according to the patch notes.

Meanwhile, other significant changes in the patch include reducing the Baller’s health from 200 to 150, decreasing base damage for the recently unvaulted Drum Gun, and vaulting the Compact SMG due to the addition of other high rate-of fire weapons like the Tactical Assault Rifle and Drum Gun.

The Compact SMG was introduced in July 2018 and was quickly nerfed the very next day because it was too powerful.

The final change for Battle Royale is allowing players to build through Slipstreams, the player-carrying wind tunnels added alongside the start of Season 9 last week. The Slipstreams will also be disabled after storm phase 5 with Epic noting that it caused issues such as “getting pulled into the storm unexpectedly.”

Save the World mode added a new Wargames simulation with the 9.01 update called Mist Pods, which causes pods to spring up around the environment that can spawn mini-bosses if not dealt with quickly.

The in-game Event Store also adds the new Prehistoric Izza Constructor that contains perks to increase armor when a player’s shield has been depleted. It will be available in the store today at 8 p.m. ET.