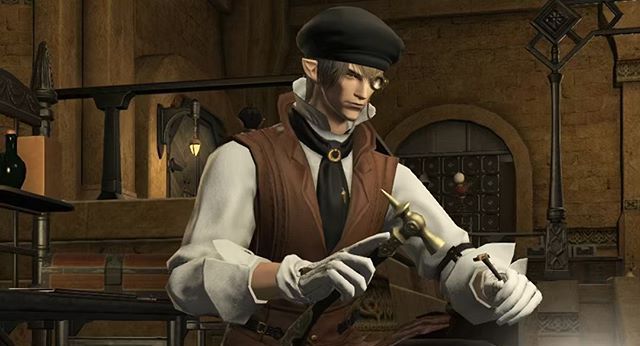 Final Fantasy XIV will soon receive its next expansion titled Shadowbringers, and Square Enix has been teasing with new screenshots.

The screenshots were recently posted on the game’s Instagram account, and portray some of the elements that we can expect from the upcoming expansion.

We get to see new disciple of the hand (crafter) gear for carpenters and goldsmiths, a rather colorful battle about what appears to be a giant mecha, and the Aetherite that we’ll find in The First.

The expansion will allow us to visit a parallel world, and Aetherite will, of course, look quite different.

You can check all the images out below.

Just a few days ago, Director and Producer Naoki Yoshida also explained why there won’t be male Viera and female Hrothgar, and why the expansion won’t include a healer job.