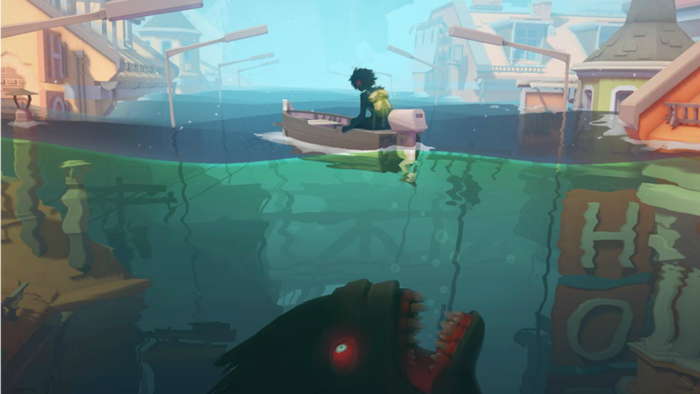 We hadn’t heard or seen much of it since 2018’s E3, but today EA and Jo-Mei Games announced that indie adventure Sea of Solitude would have its worldwide release on July 5. Sea of Solitude centers on the emotional personal journey of a girl named Kay as she struggles to overcome her inner loneliness and isolation.

As Kay you travel across an abandoned, flooded city. As water levels rise and fall to mirror Kay’s own state of mind, you must help her see beneath the surface of the symbolic ocean. Uncover a world full of fantastical and monstrous creatures as you learn the stories behind them and journey to free the world from tainted memories.

Cornelia Geppert, the CEO of Jo-Mei and director of the game, had this to say about its heartfelt themes:

“Sea of Solitude centers on the essence of loneliness and tugs on the heartstrings of its players by mirroring their own reality. It’s by far the most artistic and personal project I’ve ever created, written during a very emotional time in my life… Designing characters based on emotions was a deeply personal achievement for our team and we’re so excited for players to soon experience Kay’s powerful story of self-discovery and healing.”

Sea of Solitude is another in the recent trend of games that focus on mental health, with Celeste, GRIS and Hellblade: Senua’s Sacrifice being some well-known recent games to tackle similar issues. The game looks to explore the effects of isolation, loneliness, and loss, and Geppert has previously stated that Kay’s struggle was based on a breakup.

Sea of Solitude is also an EA Originals game. The EA Originals program focuses on spotlighting creative independent games and bringing them to the market. The bright, airy art style is definitely enough to set Sea of Solitude apart, as is the game’s storytelling contrast between light and dark and the atmospheric in-game weather that changes to reflect Kay’s emotions.

Sea of Solitude launches on July 5 as digital download for PS4, Xbox One and PC via Origin.