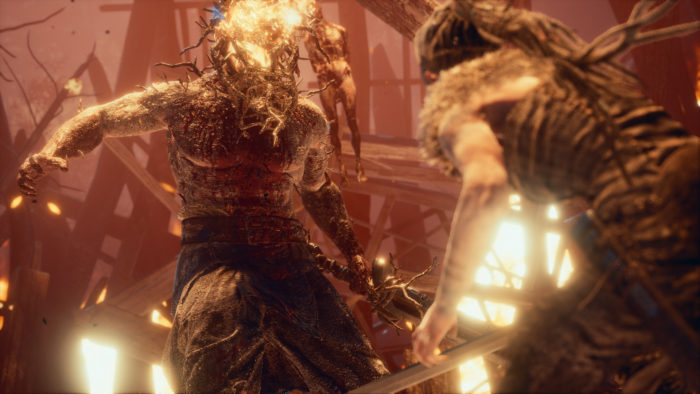 Hellblade is a dark fantasy game that follows a young Viking warrior named Senua, who travels through the realm of Helheim to rescue the soul of her dead lover from the goddess Hela. The entire game acts as a metaphor for Senua’s mental illness and psychosis, something that Ninja Theory put painstaking effort into authentically representing.

The studio worked with experts during all of the game’s development, including Prof. Paul Fletcher (PF), a neuroscientist and psychosis expert at the University of Cambridge.

To date the game has won over 10 awards, including Best Game Design, New IP at the NAVGTR Awards. Here at Twinfinite, we’ve also praised the game’s representation of mental illness, and the sincerity it has.

It’s certainly a busy month for Switch owners, who continue to have a ridiculous selection of both new and old games.

Hellblade: Senua’s Sacrifice will launch on April 11 for Nintendo Switch, and will only be available digitally. You can check out a trailer for the game down below.