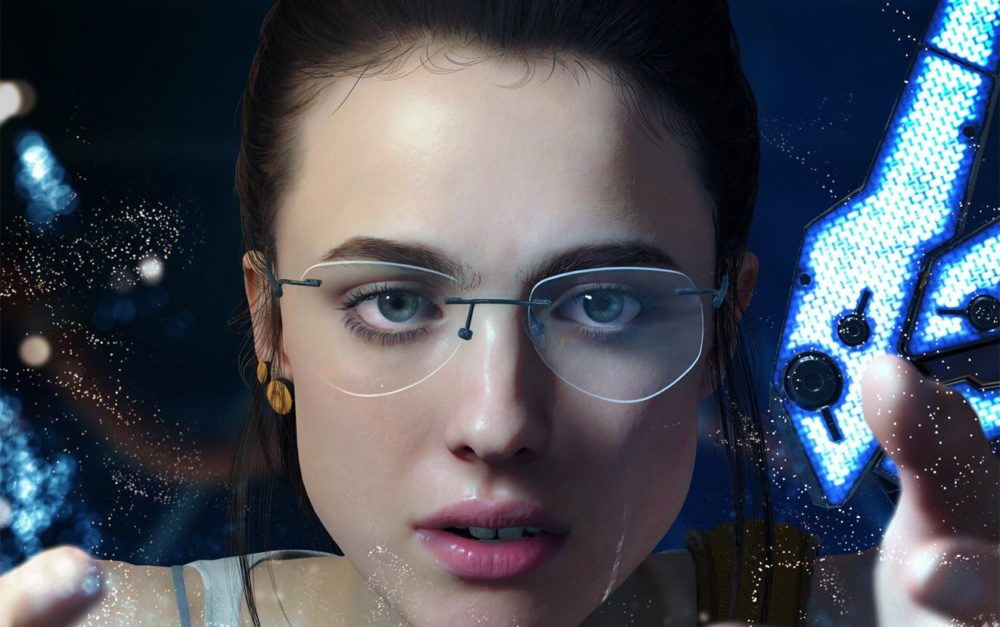 Following the new reveal of Death Stranding by Kojima Productions, pre-orders have been made available on the PlayStation Store and Sony Interactive Entertainment made some lovely screenshots available on the official site of the game.

More images of the newly-revealed characters have been revealed by Hideo Kojima himself (1,2,3). We get to see a new look at protagonist Sam, on top of Die-Hardman (Tommie Earl Jenkins), Higgs (Troy Baker), Mama (Margaret Qualley), and Heartman (Nicolas Winding Refn).

One of the images also includes a personal message from Kojima-san.

At long last, we also get an official blurb about the game, shedding more light on what it’s all about.

“After the collapse of civilization, Sam Bridges must journey across a ravaged landscape crawling with otherworldly threats to save mankind from the brink of extinction. From legendary game creator Hideo Kojima comes an all-new, genre-defying experience for the PlayStation 4 system.”

“In the near future, mysterious explosions have rocked the planet, setting off a series of supernatural events known as the Death Stranding. With spectral creatures plaguing the landscape, and the planet on the verge of a mass extinction, it’s up to Sam Bridges to journey across the ravaged wasteland and save mankind from impending annihilation.”

As mentioned above, digital pre-orders are already available on the PlayStation Store for the standard edition ($59.99) and the Digital Deluxe edition ($79.99).

Looking at physical editions, we get a Special Edition for $69.99 and a Collector’s Edition for $199.99. You can check out all their contents at the bottom of the gallery.

You can enjoy all the assets below. Of course, you should also take a look at the latest trailer.

If you want to learn more,  recently Hideo Kojima talked about the creation of the game at Tribeca Film Festival, while he also made a few comments on the state of development a few weeks ago.