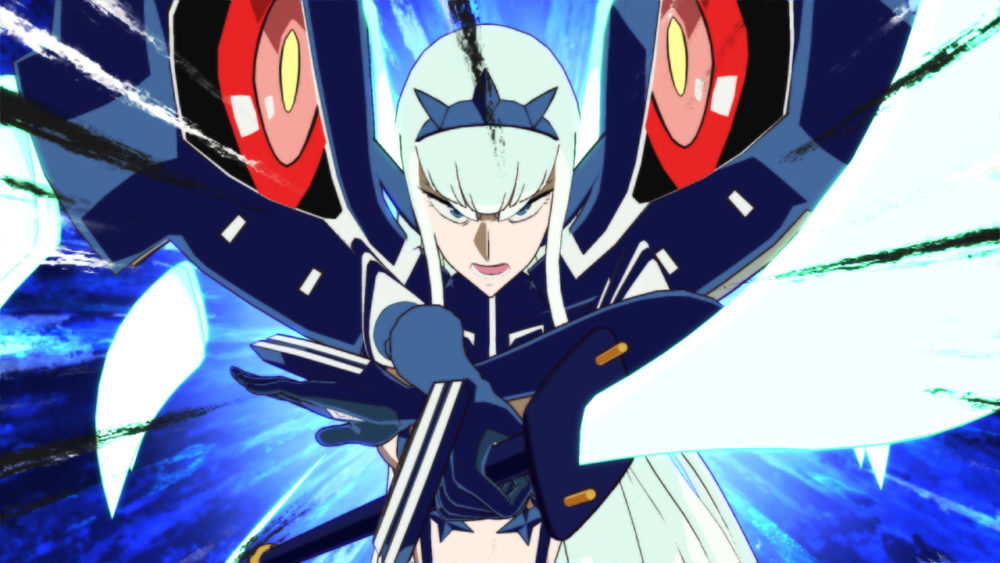 The screenshots focus on a brand new costume for Satsuki Kiryuin, named Junketsu Shinzui, which means “True Purity.” It’s the ultimate form of Satsuki’s Kamui Junketsu it was never showcased before in the anime.

You can check out all the screenshots in the gallery below, and see Satsuki in all her glory. Do keep in mind that Kill la Kill The Game: IF will feature an original spin-off story in which Satsuki is the protagonist, so it’s not surprising that she is getting special attention.

Incidentally, the announcement also mentions that the game will be available for pre-load in Japan at around 00:00 local time on July 23.

If you want to see more, you can also enjoy a recent and extensive trailer, the latest gameplay, more recent screenshots, more gameplay showing villainesses Ragyo Kiryuin and Nui Harime in action, and a batch of images focusing the protagonists.

A little while ago, we learned that the game will be published in Europe by the good folks at PQube, who doesn’t expect any censorship.