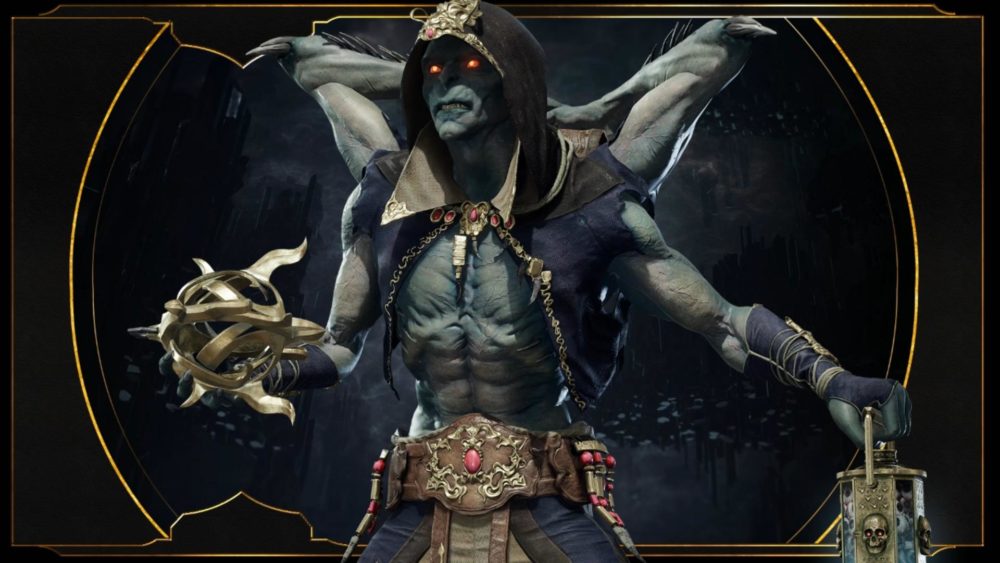 The new character is Kollector, an ancient being that used to be a tribute collector for Shao Khan.

The option for custom variations for ranked gameplay and tournament play is also being explored for the future, but at launch, they’ll be limited to Player Matches.

Gameplay-affecting augments are disabled in all online modes. On top of that, characters and gear won’t have any stats, unlike previous NetherRealm games.

You can check out the Kollector below in his reveal trailer. If you want to see more of Mortal Kombat 11, you can check out a recent trailer and read our hands-on preview. You can also enjoy the reveal of Shang Tsung and Noob Saibot.

Incidentally, you can also watch Kollector in brutal action alongside Erron Black and Noob Saibot in the dedicated article.