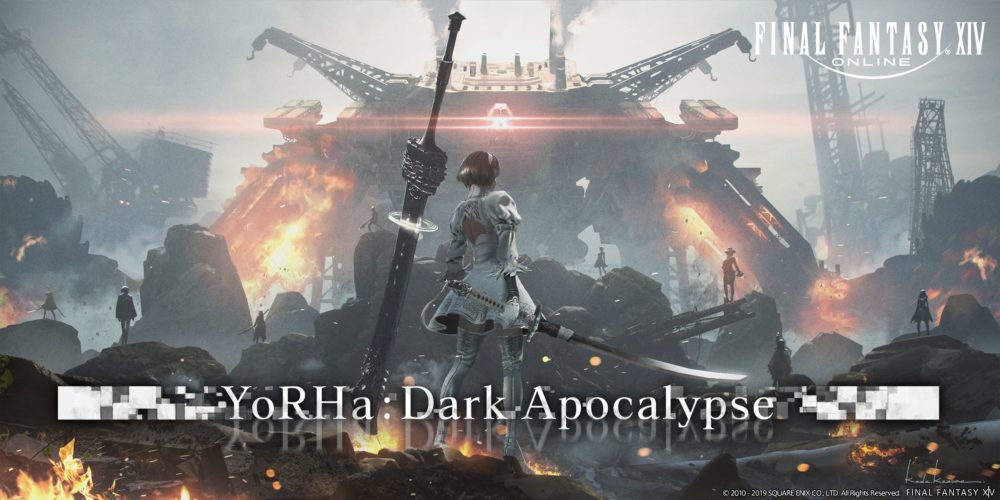 Back in February, NieR: Automata director Yoko Taro announced that he would work alongside producer Yosuke Saito on a new Final Fantasy XIV raid themed after his popular game, titled YoRHa: Dark Apocalypse. That being said, in order to write good content for a game, one needs to be familiar with it.

In order to achieve that familiarity, the prolific developer has started playing Final Fantasy XIV himself and he is being his usual adorable goofy self about it, providing regular updates of his newbie days on Twitter.

He started at the beginning of the month, picking the forest-dwelling city-state of Gridania as his character’s home.

A few days later, he made his first encounter with the wise Kan-e Senna, Elder Seedseer of Gridania.

“I met a character who actually speaks. That’s unusual…”

About a week after joining, playing at a relaxed pace, Yoko Taro was level 22.

I’m currently level 22 by playing slowly. When I arrived at a new city, It felt very familiar when I wandered searching for beginner quest and just walking around the town, and that took the whole day. It’s like when I get to the end of the day while preparing to work at a new workplace.”

A few days ago, our valiant developer reached level 30. While disappointed with his inability to contribute to the economy in a money-driven city like Ul’Dah, he finally discovered Heavensward’s opening cutscene.

Level 30. I arrived at the desert city. My equipment is stuff that was given to me, and I feel that I’m not contributing to the economy. Afterwards, I was afk on the title screen and a cutscene that I have never seen popped up (starts with a snowy scene and a dude fights against a dragon). I feel like I got lucky.”

During the past weekend, he attended the FanFest in Tokyo, and he finally realized what he got himself into.

“Since I’m a Warrior of Light, I went to the FFXIV FanFest in Makuhari Messe. There is a massive crowd.

It’s way too terrifying that so many to gathered for just one game. I feel I got involved with something beyond my imagination…”

There you have it. When you meet a level 30-something newbie in Final Fantasy XIV, be nice to him. He could be Yoko Taro himself. Of course, there is no information on what kind of character he plays and on which server, so you may as well be nice to everyone.

Yoko Taro isn’t the first guest creator to work on a series of raids for the game. Final Fantasy XII and Tactics director Yasumi Matsuno recently concluded “Return to Ivalice”. Of course, Matsuno-san had an advantage as he was an avid Final Fantasy XIV player to begin with.

If you want to know more about Final Fantasy XIV and its upcoming expansion Shadowbringers, you can check out the latest reveals from Tokyo FanFest including the Dancer job and the Hrothgar race, an official batch of screenshots, and a look on how the new city of Crystarium has been created.

If you want to join Yoko Taro and get ready before the expansion’s release, Final Fantasy XIV: Stormblood is currently available for PS4 and PC, and a few more updates are coming. Recently, we received a full schedule of the upcoming patches and a look at the upcoming crossover with XV.