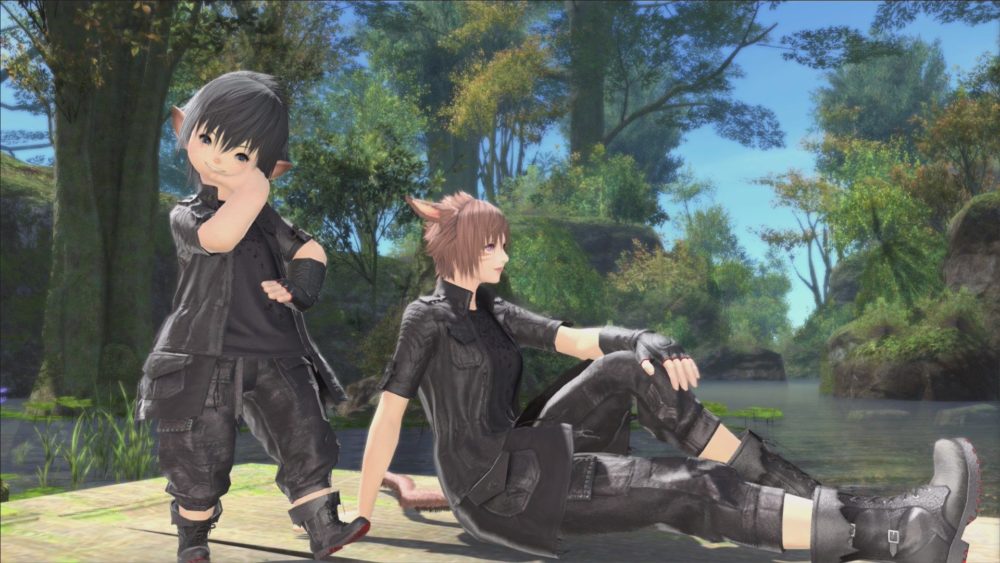 Today, during the Letter from the Producer Live broadcast from Final Fantasy XIV FanFest in Tokyo, Producer and Director Naoki Yoshida talked about the upcoming updates to the game leading up to the next expansion, Shadowbringers.

Following update 4.56 that will come on March 26, the European datacenters will be expanded on April 2. A new datacenter named Light will be added and servers will be redistributed among datacenters. World transfers will be free of charge for characters on European serves from April 2 to April 15.

The Final Fantasy XV crossover event “A Nocturne for Heroes” will start on April 16 and end on May 27. It will reward players with Noctis’ outfit and hairstyle, not to mention the four-player Regalia mount. You can see them in the gallery below.

Patch 4.57 will come afterward on April 23. It will introduce the World Visit system (which will allow players to visit other servers in the same datacenter) and the North American datacenter expansion. The new datacenter will be named Crystal, and world transfers will be free for characters on the North American servers until May 6.

In mid-May there will be patch 4.58 which will simply bring tweaks and various updates. A Shadowbringers benchmark is also coming, letting players create their Viera and Hrothgar characters and save their looks to be used in the game when the expansion launches.

Early access for the Shadowbringers expansion will start on June 28 at 2:00 AM PDT.

If you want to get ready before the expansion’s release, Final Fantasy XIV: Stormblood is currently available for PS4 and PC. Shadowbringers will officially release on July 2 for PS4 and PC.