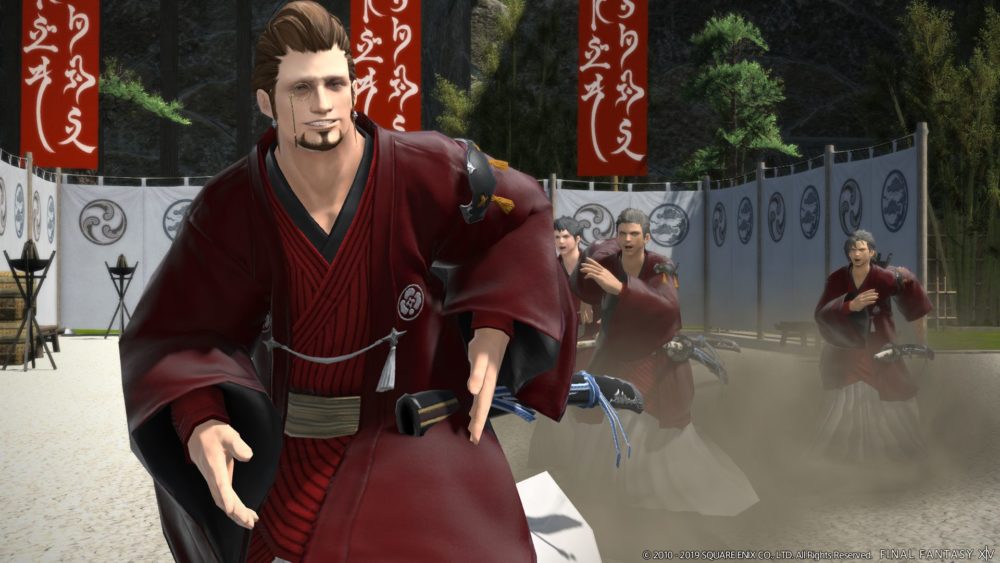 Today Square Enix announced the release date of the next relevant update for its popular MMORPG Final Fantasy XIV.

The patch will hit the live servers on March 26, and while it’s not a massive one, it’s certainly not insignificant in terms of new content.

The “A Requiem for Heroes” main questline will get its second part, as things start to turn really dark in preparation for the upcoming expansion Shadowbringers.

We’ll also get a new episode of Hildebrand’s wacky adventures, as our gentleman detective strives to amend all the trouble he himself caused. Considering the impending arrival of the new expansion, I wonder if he’ll be sent flying somewhere once again.

The update will also include new Beast Tribe quests, bringing together Ananta, Kojin, and Namazu.

You can check out the teaser screenshots in the gallery below.

If you want to know more about Final Fantasy XIV and its upcoming expansion Shadowbringers, you can check out the official trailer and Gunbreaker job, and the reveal of the new areas, the Viera race, the YorHa raid, and more, some official screenshots and art pieces released after the keynote, and some fantastic new artwork.

If you want to get ready before it releases and enjoy update 4.56 as well, Final Fantasy XIV: Stormblood is currently available for PS4 and PC, and a few more updates are coming, including a Final Fantasy XV crossover.