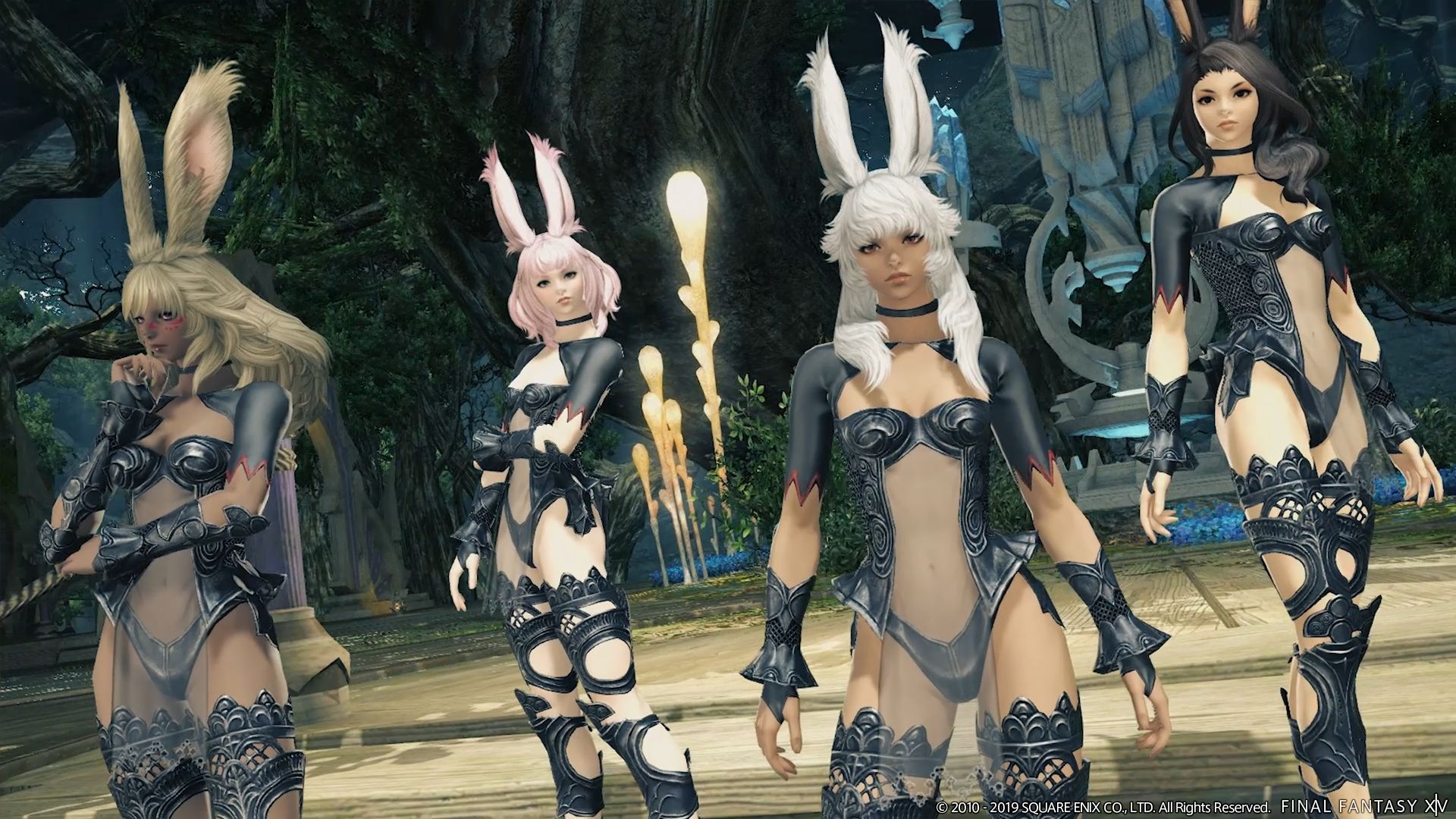 Following the opening keynote of the Final Fantasy XIV fanfest just hosted in Paris, France, Square Enix came in with a press kit bursting with official screenshots and artwork about the upcoming expansion Shadowbringers.

We get to see the new playable race, Viera from Final Fantasy XIV, and the Gunblade-wielding job Gunbreaker inspired by Final Fantasy VIII.

The new area Il Mheg and the Rak’tika Greatwoods are also showcased, alongside Il Mheg’s inhabitants, the pixies, and their primal, Titania.

We also get to see the artwork created by Yoshitaka Amano for the Collector’s Edition, and the splash screen for the NieR: Automata-inspired raid YorHa: Dark Apocalypse.

If you want to see more about Final Fantasy XIV: Shadowbringers, you can check out the official trailer and Gunbreaker job, and the reveal of the new areas, Viera race, YorHa raid, and more.