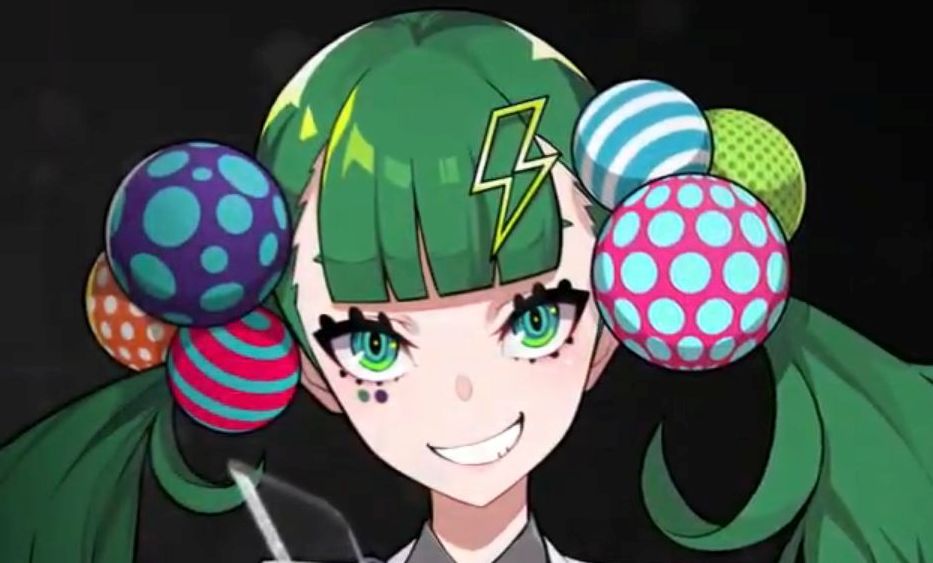 “Despite the childish look and actions, she is a genius physicist acknowledged by the government.
Carries around a strange stuffed animal that she named Patty.
She acts at her own pace, but when something happened within the group of friends, she has always helped solve the problem using her intelligence.”

“President of the student council at high school. Son of a renowned politician.
Handsome, smart, and athletic; He is a perfect figure.
He was the brain of the 8, and had led the group together with Sakurai.
Using his talents and personal connections, he has overcome many difficulties.
In the “Chronos World”, he seems a bit different…”

“Secretary of the school council at high school. Has a very serious personality.
Puts righteousness as her number one priority. She is strict to everybody, including herself.
Kamiya saved her from isolation in elementary school; Ever since then, she puts absolute faith in him.
She is strict to others, but not mean. As the oldest child in a big family, she can be quite caring.”

“Treasurer of the student council at high school.
Timid and shy, but is very observant. He is a kindhearted soul who can understand the pain of others.
Admires Sakurai and Kamiya who had been the leaders of the group of friends.
He particularly looks up to Kamiya, who invited him into the group.”

Lowe is played by Ryohei Kimura and he doesn’t have an official description.

On top of them, we also get the English version of the trailer released a while ago for Yu Momono.

If you’re not familiar with the game, it was successfully funded by a crowdfunding campaign both on Kickstarter and on the Japanese platform Campfire last year. It’s directed by Haruki Kashiwakura of “Expelled from Paradise” fame. Sword Art Online Producer Kazuma Miki is working on the game reprising the same role.

The scenario is written by Kou Segawa (who wrote Konya, Kimi ni Korosareta to Shitemo), while LAM takes care of the adorable character design.

You can check out the trailer below. If you want to see more, you can also enjoy another featuring hero Kyosuke Sakurai, one starring heroine Karen Nikaido, and one showcasing the mood maker Sota Machikoji.

Tokyo Chronos has already been released on PC (requiring Oculus or HTC VIVE), while the PlayStation VR launch is coming in July.