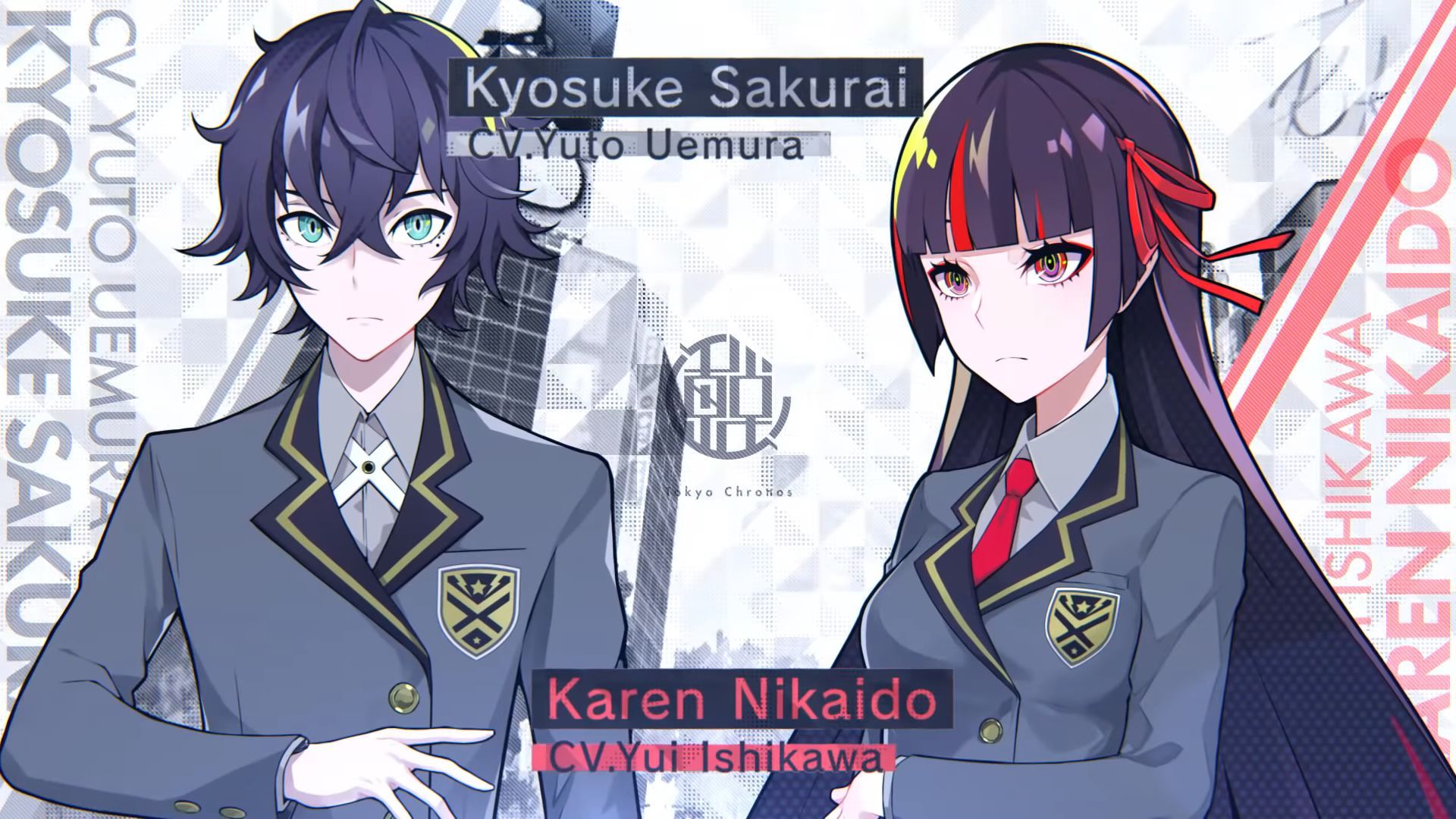 The trailer focuses on the game’s protagonist, Kyosuke Sakurai, of whom you can read a description directly from the official site.

“Protagonist. 16 year-old attending high school in Shibuya.
When he wakes up, he finds himself in the “Chronos World”, an empty, deserted Shibuya where time has froze.
Has a peaceful and caring personality.
While the others become suspicious of one another, he tries his best to trust them.
Back in his elementary school days, it seems that he was the leader of the 8 childhood friends, but…”

He is voiced by Yuto Uemura.

If you’re not familiar with the game, it’s the fruit of a successful crowdfunding campaign held last year, featuring the Direction of Haruki Kashiwakura of “Expelled from Paradise” fame, paired with Sword Art Online Producer Kazuma Miki, writer Kou Segawa (Konya, Kimi ni Korosareta to Shitemo), and the awesome character design by LAM.

It certainly looks like a very interesting and innovative new take on the visual novel genre.

The game is slated for release on PC (with Oculus or HTC VIVE) on March 20, while the PlayStation VR launch is coming in July.