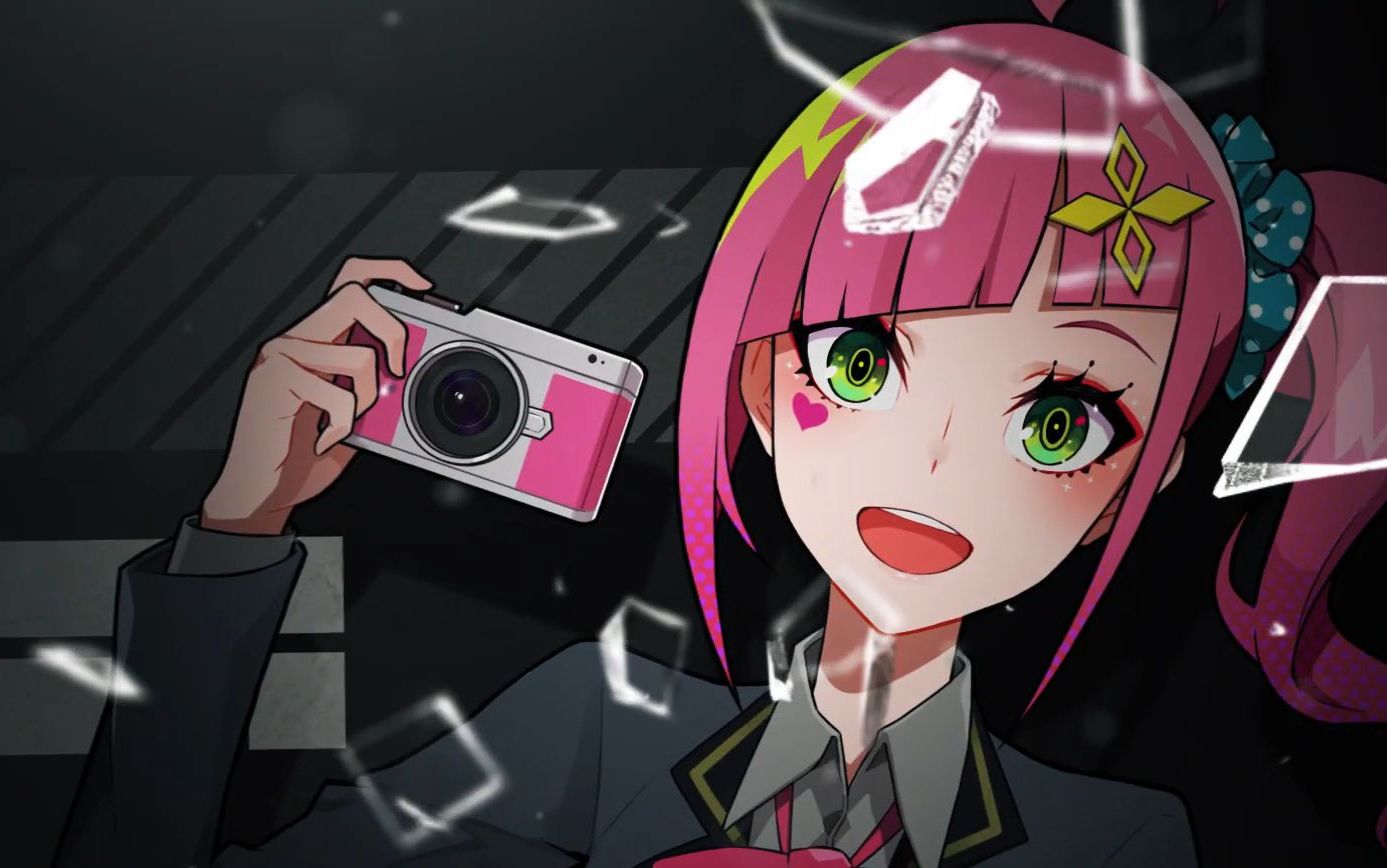 The trailer focuses on one of the game’s heroines, Yu Momono. She is basically your inevitable “childhood friend” type, besides being super-cute in her design. You can read more about her below thanks to the official description from the game’s website.

“A girl with a simple and innocent personality. Has known Sakurai for the longest.
Lived nextdoor to Sakurai, and grew up together like siblings.
Even as a high school student now, she always sticks to Sakurai.
She is in the Camera Club, and brings with her a pink camera at all times.”

If you’re not familiar with the game, it was successfully funded by a crowdfunding campaign both on Kickstarter and on the Japanese platform Campfire last year. It’s directed by Haruki Kashiwakura of “Expelled from Paradise” fame, while Sword Art Online Producer Kazuma Miki is also working on the game in the same role. The scenario is written by Kou Segawa (who wrote Konya, Kimi ni Korosareta to Shitemo), while LAM takes care of the charming and very unique character design.

You can check out the trailer below. If you want to see more, you can also enjoy another featuring hero Kyosuke Sakurai, one starring heroine Karen Nikaido, and one showcasing the mood maker Sota Machikoji.

The game will release on PC (requiring Oculus or HTC VIVE) on March 20, while the PlayStation VR launch is coming in July.