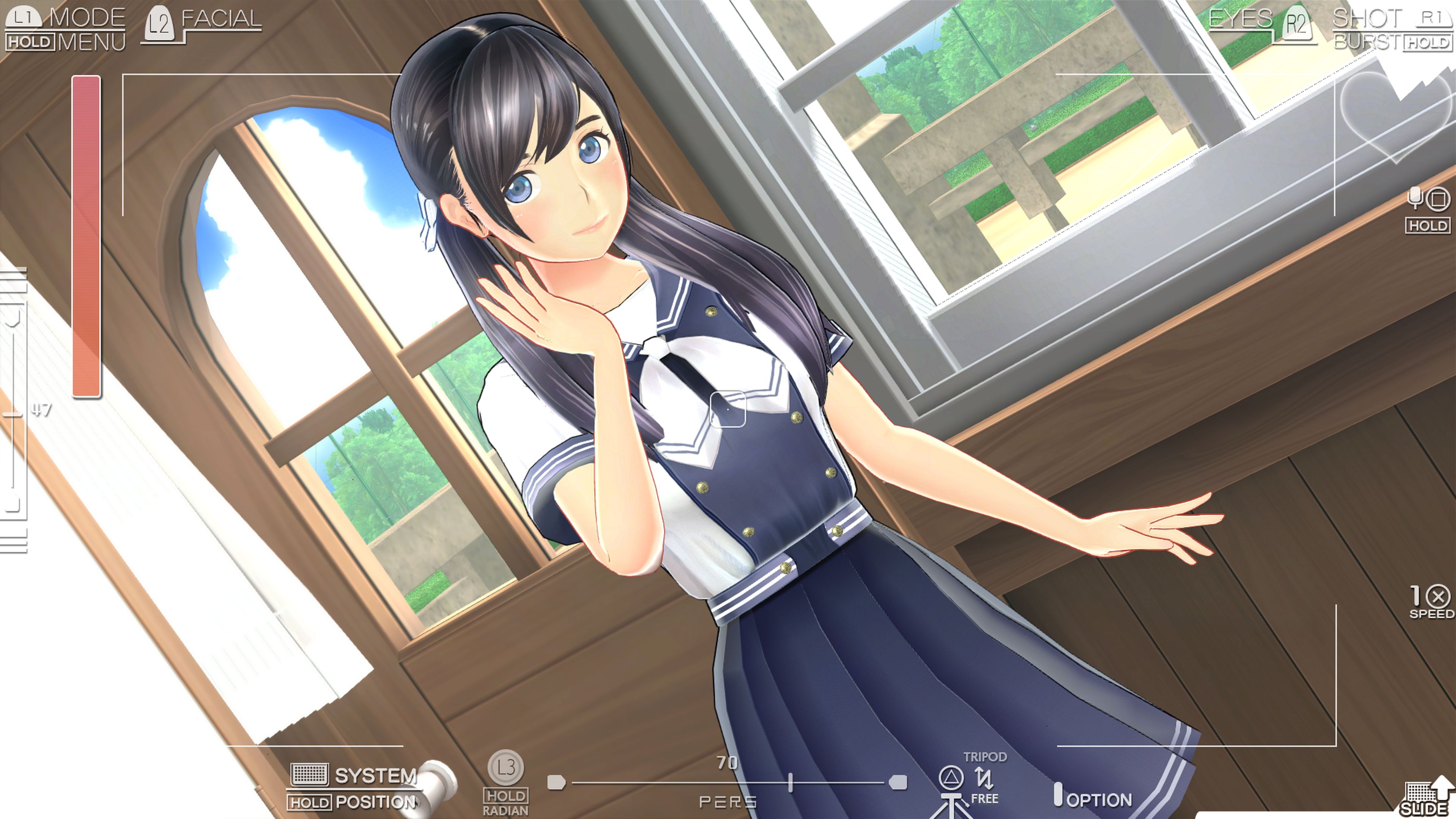 Kadokawa Games is preparing to release its upcoming love simulation aptly titled LoveR. Ahead of the launch, they released a large batch of screenshots.

We get to see all of the heroines in various outfits, including school uniforms, swimsuits, and gym clothes. That’s not surprising considering that part of the game is about photography. That’s a common theme in the titles by Ichirou Sugiyama, known for Kimikiss, Photo Kano, and Reco Love.

Of course, we can also enjoy the character design of Taro Minoboshi, known for the LovePlus series and more recently Root Letter and God Wars.

The protagonist of the game is part of the photography club, and he can live a different love story with a different theme with each heroine.

The photography mechanics also make use of the DualShock 4, including voice recognition and motion controls. Using the PS4’s share features, photos can be uploaded to social media.

The player can choose the locations to visit and the girl to meet to advance the story. Conversations with the heroines will determine the outcome of each encounter.