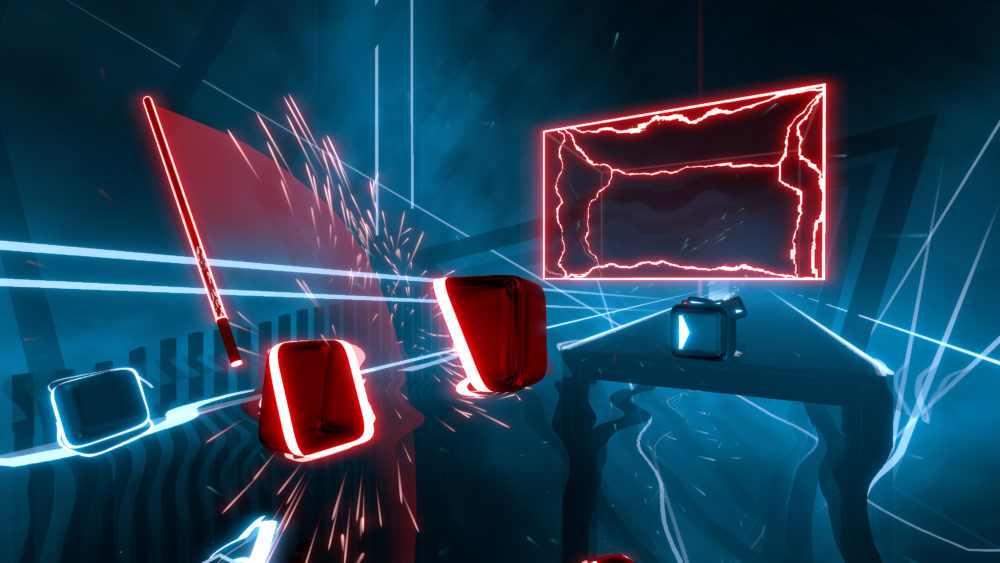 Beat Saber, the high-energy sword-fighting music game, will be coming to the Oculus Quest this Spring. Facebook’s Oculus VR division has announced that the hit VR game will be releasing on the platform with the Quest’s launch line up.

The Quest is a fully wireless VR headset with six degrees of freedom (6DoF) and a comparatively light headset. It looks to be more user friendly version of the Rift in correspondence with the growing viability and popularity of VR we’ve seen these past few years.

The company understands the need for great games to draw in interest, as in a blog post last month Publishing Director Chris Pruett stated that they were laying down incredibly high standards for Quest apps, explaining:

“We’ve set a high bar for content quality on Quest, higher than we’ve ever enforced before.”

So it’s no surprise that Oculus would want to snap up Beat Saber. The florescent musical workout game is already a smash hit in the world of VR. The game shot to the top of Steam’s highest rated list within a week of its early access release and garnered exceedingly positive reviews on PSVR.

Beat Saber began in 2016 when Ján Ilavský, lead developer on the studio that would later become known as Beat Games, found himself dissatisfied with the games available on VR at the time. The game places two lightsaber-like beams in your hands and has you rhythmically slash neon blocks in time to a selection of songs.

It seems now like the updated Quest release will free up how players move through the game, according to Beat Games Head of Marketing Michaela Dvorak:

“Playing Beat Saber on Oculus Quest allows you to make literally any move you want. You can easily add that extra dance move, and that feeling when you don’t have to watch out for any cables is priceless… No PCs, no cables, no waiting—you just put it on and play. You can take it anywhere with you and show it to your friends and family.”

With both a single-player and a party mode, Beat Saber is a perfect choice for Oculus if they’re trying to corner the more social, couch co-op style market. Many still feel tentative about VR gaming, and for the release of a streamlined new headset like the Quest, a game as stylishly engrossing as Beat Saber is a good first step.