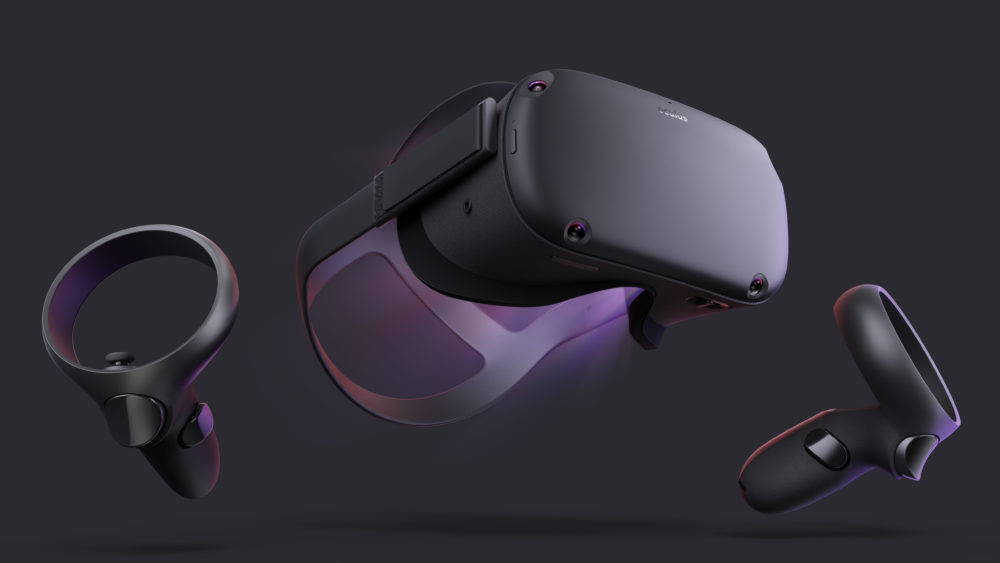 Facebook has announced an all-in-one VR gaming system called Oculus Quest. The bundle launches in Spring 2019 for the price of USD399. Included with the package are an Oculus Go headset, Touch controllers, as well as six degrees of freedom (6DOF) functionality.

Oculus Quest will not require a PC, wires, or external sensors to work. Indeed, the system uses its Oculus Insight technology to circumvent this. As Oculus describes, the tech uses four ultra wide-angle sensors and computer vision algorithms to track your position in real-time. This applies to inside-out tracking, Guardian, and Touch controller tracking.

The system also includes the Guardian feature, which is a handy tool that allows you to create boundaries in VR. These boundaries appear when you get too close to the edge of your play. Think of it as a safety net to keep you from stumbling into trouble whilst immersed in the VR world.

Check out the promotional video down below:

Oculus Quest includes Touch controllers for interacting with the virtual world. Besides that is the Oculus Go, a headset with an in-build audio system and display resolution of 1600×1440 per eye. At launch, Oculus Quest will offer more than 50 titles, including games such as Robo Recall, The Climb, and Moss.

Check out what we think are the best Oculus Rift games to play right now. Oculus Quest launches in Spring 2019 at the price of USD399.