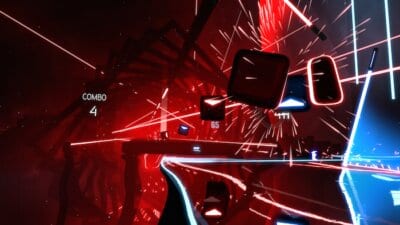 New songs will be added to Beat Saber on all VR platforms this month with the release of its first Music Pack.

Today, they have confirmed that the Music Pack will arrive on March 14, and a tweet from PlayStation Europe confirms that it will be coming to PlayStation VR at the same time as PC headsets, which will bolster a track list that’s already lacking custom songs.

Beat Games didn’t say what songs will be added with the first Music Pack, but they’re asking you to speculate about who they’re working with over on their Twitter.

It will be the game’s first paid DLC pack, but it’s not clear how much it’ll cost on either system.