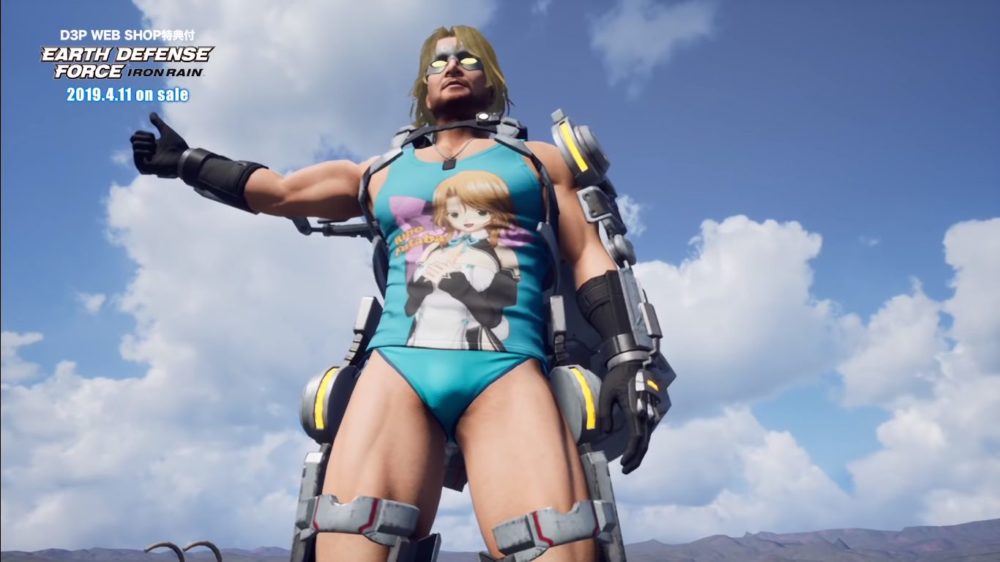 D3 Publisher is often seen as a rather whimsical company, and if you consider that the Earth Defense Force series is probably the most serious thing they make, you’ll see why.

Today they showcased just that once more with a trailer of Earth Defense Force: Iron Rain, and it’s quite hilarious.

The trailer features gameplay, and more importantly, it focuses on the bonuses that will be made available as purchase bonus on the publisher’s own web store (for now only for Japan).

They’re themed after the old and glorious dating sim Dream C Club Zero, and they include rather… interesting outfits and one of the game’s waifus (Riho) replacing EDF’s comms operator.

I won’t spoil the rest of the trailer, but I’m pretty sure it’s going to put a smile on your face, at the very least.

If you want to see more, you can enjoy a trailer from a few days ago, a nice batch of gameplay, more from the previous weekend, a batch of recent screenshots and the previous trailer.

Earth Defense Force: Iron Rain will launch in Japan and in the west in a couple of weeks, on April 11, 2019, exclusively for PS4.