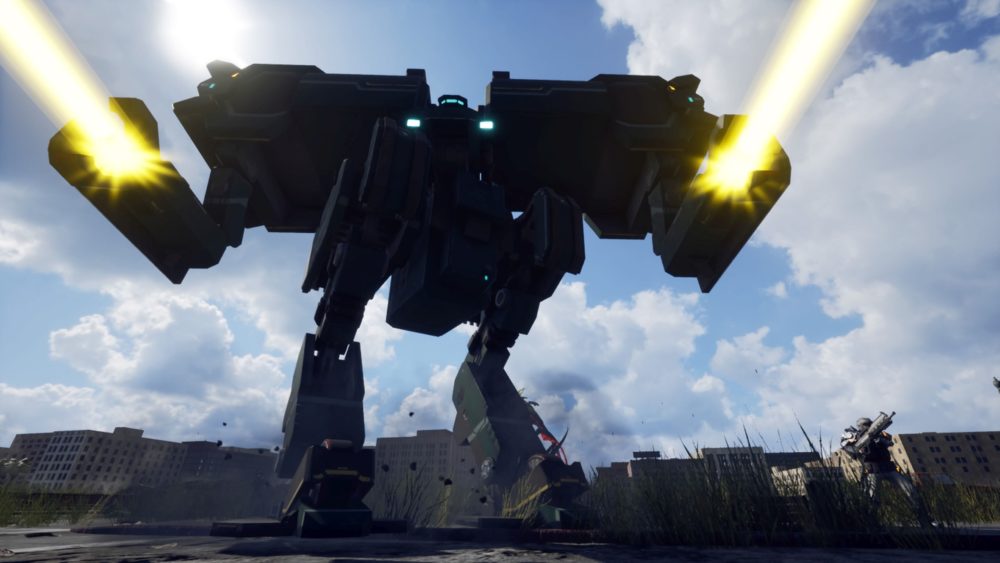 While online multiplayer will be supported, this time around we focus a veritable dying breed, split-screen couch co-op, which returns in the campaign like in previous EDF games.

On top of that, we get to see the EDF’s battle vehicles that can be dropped on the battlefield and utilized against the Aggressors. This includes the Serpent anti-aggressor armored battle vehicle, the extermination destroyer tank Jormungand, and the attack aircraft Phoenix.

The screenshots also show the giant war-mech Bigfoot and its Marauder variant. The EDF is surely bringing its firepower to bear against the Aggressors.

You can check the screenshots out below and see if they get you hyped for the game. If you want to see more, you can enjoy a trailer from earlier today, a nice batch of gameplay from yesterday, more from last weekend, a batch of recent screenshots and the previous trailer.

Earth Defense Force: Iron Rain will launch in Japan and in the west in less than a month, on April 11, 2019, exclusively for PS4.