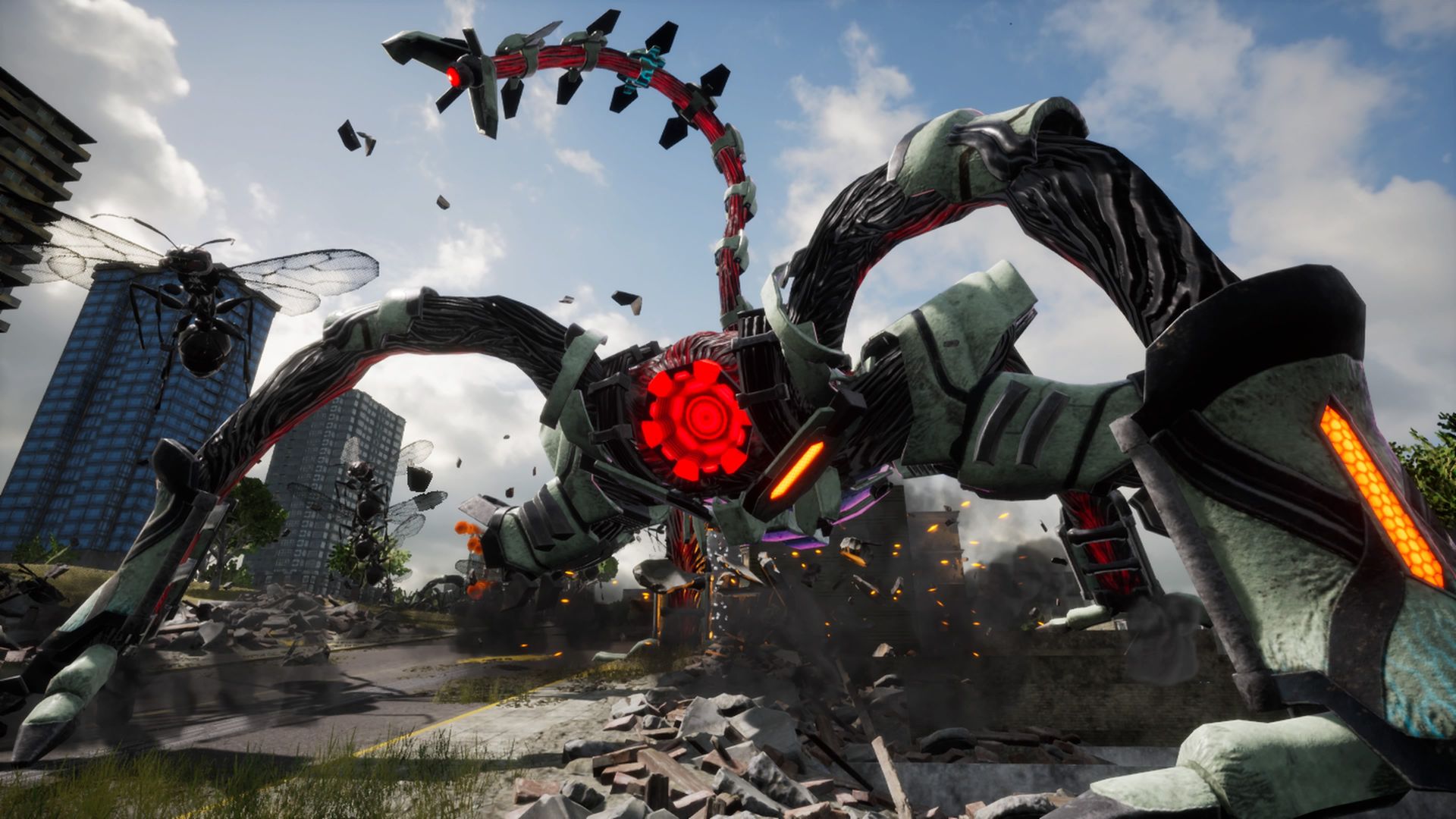 The gameplay was presented by producer Nobuyuki Okajima who started by showcasing the very beginning of the single-player campaign followed by character customization.

There appear to be quite a lot of options for both genders in order to create your very own soldier and take on both aliens and other players.

After that, he showcased the newly-announced multiplayer mode named “Mercenaries.”

It’s a competitive mode pitching EDF forces against the Kindred rebellion, with four players per team.

The teams have to compete in collecting the energy gems dropped by killed Aggressors and delivering them to a recovery drone. Each match is divided into waves, and the team that gathers more energy gems wins each wave. Winning three waves ensures victory for the whole match.

You can check out all the videos below. If you want to see more of the game, you can also enjoy a batch of recent screenshots and the latest trailer.