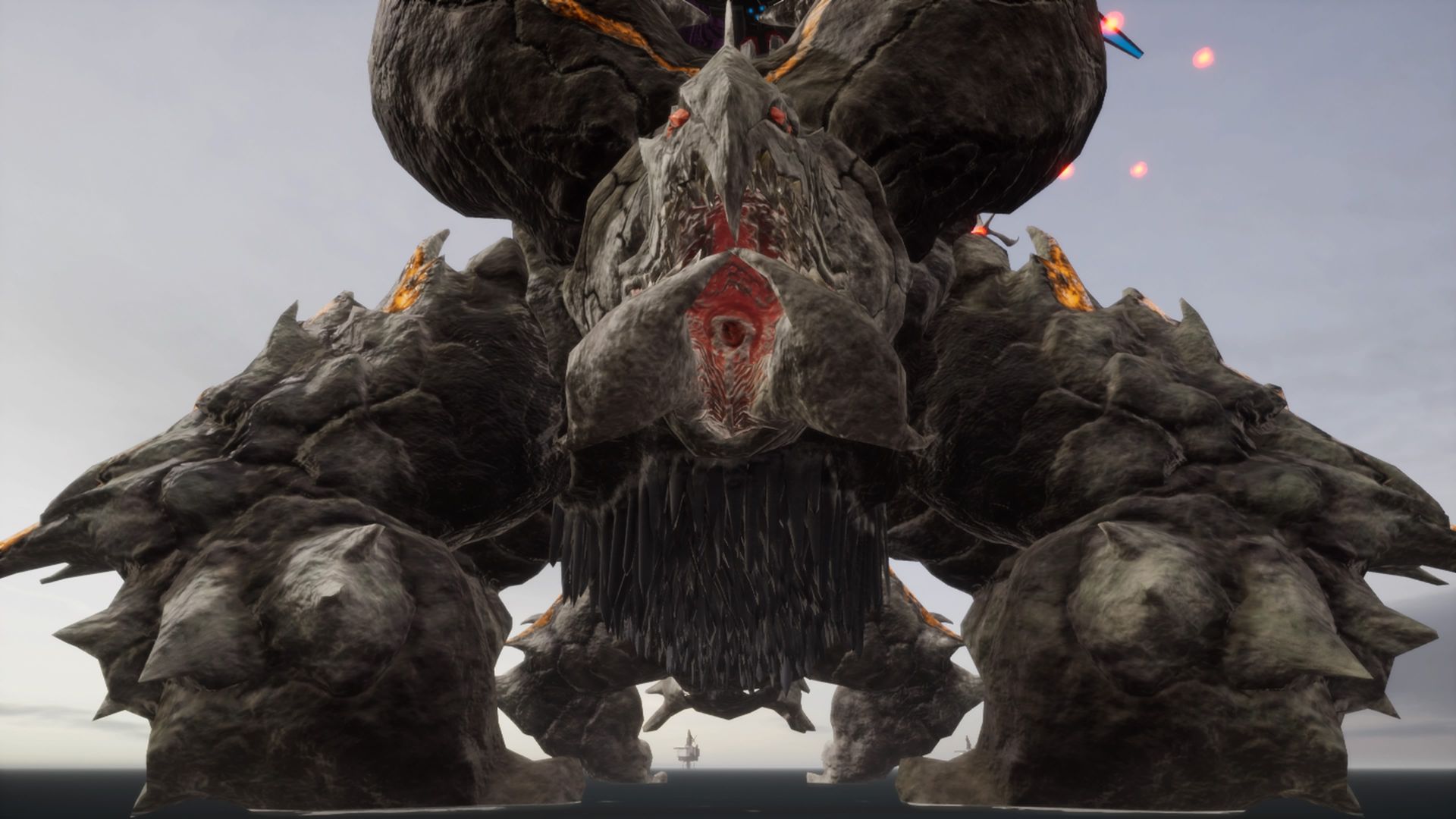 We get to see the “ultramassive organism” Razneed and it’s indeed a big one. He’s 300 meters tall and one kilometer long including the tail. It looks like a beast at first sight, with claws and fangs. Its skin has the consistency of a rock, and it stands on six legs.

The Razneed is believed to be the Aggressor’s final weapon to progress the stalling invasion of Earth. It’s completely impervious to the EDF’s attacks, so it’s not known how the players can defeat it.

The screenshots also showcase the mysterious “pillars” that have appeared all over the world. While they don’t attack on their own initiative and they’re basically invulnerable. They can strike down missiles with powerful lasers, and thwart ballistic attacks with their shields.

While their nature is unknown, they can release a powerful heat wave in retaliation when attacked and they contain massive energy sources. Many giant Aggressor creatures are found around the pillars, seeking that energy.

Following, we see the Scourge Beast, which is an evolved form of the bipedal Scourge. They’re four-legged and they showcase greater mobility and no blind sides. They can snipe enemies from afar and jump high above the surface. It’s believed that the Aggressor hid this evolution until humanity proved able to defeat the Scourge reducing their effectiveness, for reason unknown.

The Green Bomb Beetles are a subspecies of the Bomb Beetles. Their shell is extremely durable and can reflect light, halving the damage received by optical weapons. They can ignite the gas they breathe creating powerful green flames. Their shells are highly valuable on the black market.

Last, but certainly not least, we see the reveal of the online “Mercenaries” mode. It’s a competitive mode coming in addition to co-op gameplay and pitching EDF forces against the Kindred rebellion, with four players per team.

The teams have to compete in collecting the energy gems dropped by killed Aggressors and delivering them to a recovery drone. Each match is divided into waves, and the team that gathers more energy gems wins each wave. Winning three waves ensures victory for the whole match.

You can check out the screenshots below. If you want to see more, you can also enjoy a previous batch and the latest trailer.