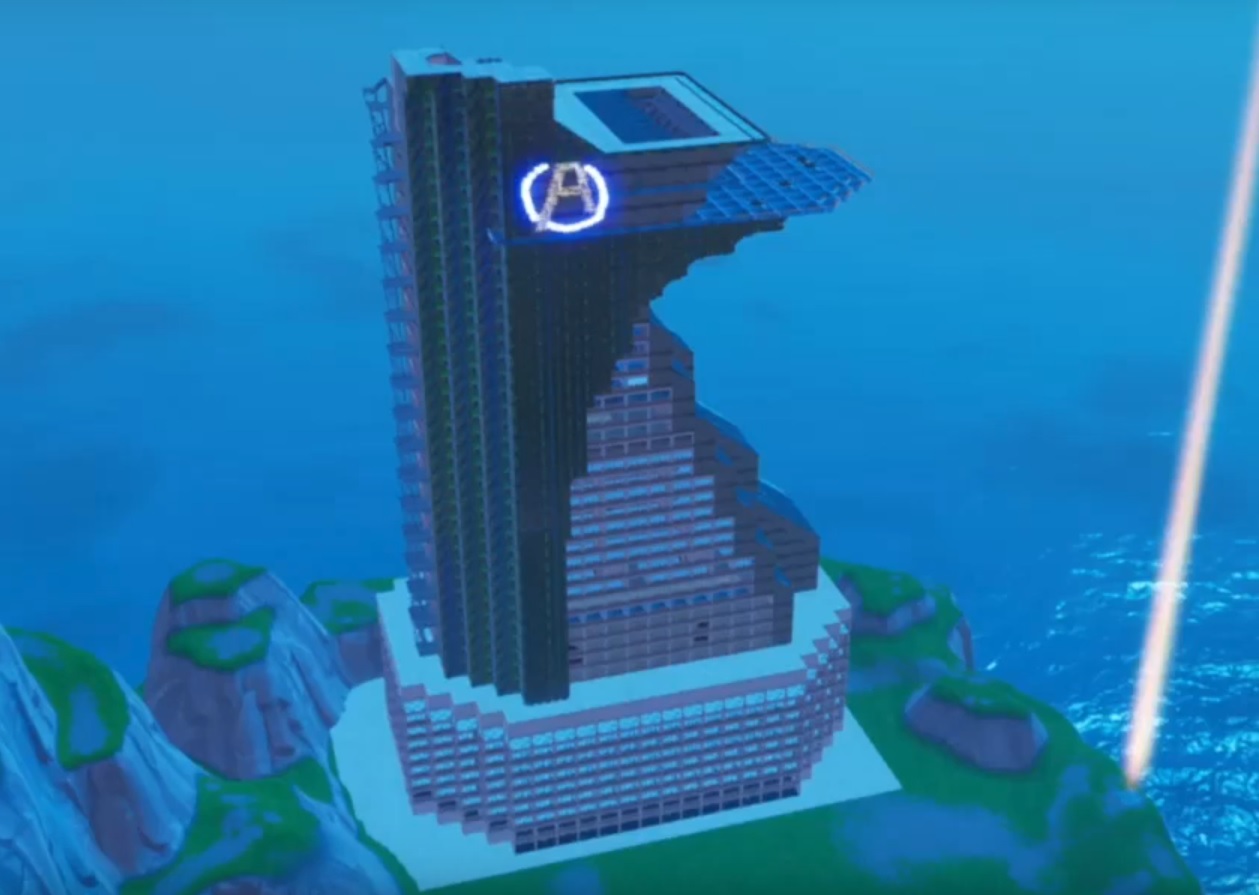 Originally finished back in December, a nearly 50-story tall recreation of Avengers Tower is now finally open to the public.

After throwing out a couple other Fortnite-inspired alliterative name choices along the way (“Stan’s Skyscraper”, “Heroes’ High-Rise”) “Tony’s Tower” now has a code from Epic.

Tony’s Tower was built from the ground up by designers p_recs and stoobers22 in Fortnite’s new creative mode. Fortnite Creative gives players access to all of Fortnite’s game assets to build to their heart’s and imagination’s content.

Any creations you make in this mode are immediately available for you and your friends to enjoy on private servers.

However, they are not able to be shared with the general public until Epic Games notices, approves, and bestows an individual code with which you can share your creation with the world.

After waiting almost a month for Epic to notice their dedicated craftsmanship, p_recs and stoobers22’s creation is now hosted on Epic’s public servers and is available for anyone to try for free.

The tower is complete with all the features necessary for accuracy, like a decadent penthouse suite and a rooftop landing pad, along with a ton of other enjoyable details like living quarters, interrogation rooms, and even a cafeteria. In addition, 20 of the structure’s 50 floors are furnished.

But don’t let the towers artistic aesthetic fool you, Tony’s Tower would make a great deathmatch or even hide and seek map.

As you can see in the video below, there are chests in many of the rooms, and the creators’ original goal was to have their map showcased in Fortnite’s battle royale mode.

Known as “The Block”, fan-made structures that meet Epic’s qualifications can be featured in a specific part of the game’s map for a limited time.

While Tony’s Tower makes excellent use of The Block’s 25×25 size restrictions at its base, this extravagant creation uses nearly double the amount of memory allowed, and may violate a copyright restriction or two.

So, while it would be awesome if this map dropped into Fortnite at or around the release of the next Avengers movie, it doesn’t seem likely this will happen.

You can check out this “Marvel” of Fortnite engineering in the video below, and you can find the code to try out this map for yourself in the creators’ Reddit post.