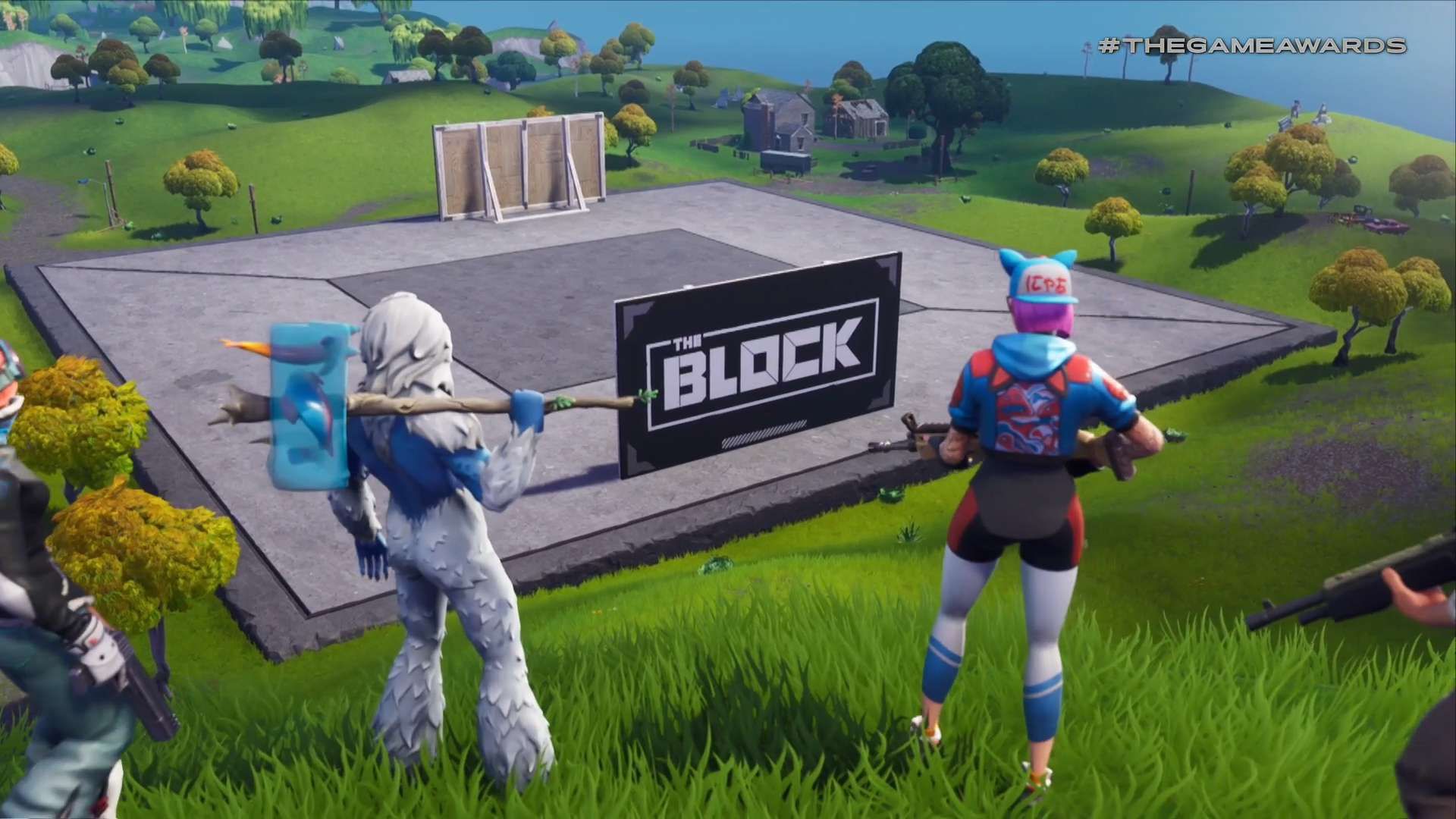 Epic Games is allowing Fortnite: Battle Royale players to create their own structures to be added to the main map for other players to see and play, the studio announced during The Game Awards 2018.

A trailer for “The Block” aired during the award show, showing off a giant slab of concrete flattening the Risky Reels location. The Block flattening the drive-in theater had also happened as an in-game event during The Game Awards itself.

Epic explained that it will pick player-created worlds made with the recently launched Creative mode, and showcase them on the Block in the live game for other players to see and fight on. There are a few restrictions to be chosen, such as the creation being able to fit on a 25×25 tile area on a flat section, use less than 50,000 memory, and respect Epic’s Creative code of conduct.

Epic Games said earlier this week it would be presenting a “world premiere” announcement at The Game Awards 2018, but would have nothing to do with the Season 7 in-game launch occurring on the same date as the show itself.

Fortnite’s 7.0 update went live in the game earlier today, offering new missions for the cooperative Save the World mode and a drastically changed map for Battle Royale. The new update also came with a new battle pass for Season 7 containing another 100 tiers of cosmetic rewards including skins for weapons and vehicles.