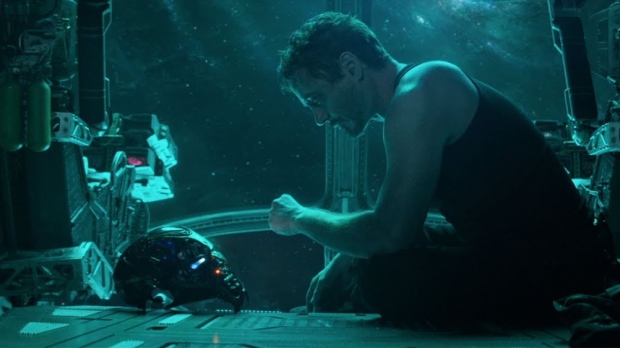 Everyone has had some time to process the devastating climax of Avengers: Infinity War, which saw Thanos bring together all of the Infinity Stones and perform a snap that would be felt around the universe. Months later, we are finally getting our first look at how Marvel’s most iconic heroes are dealing with the fallout of the snap.

Despite being in dire straits following the events of Infinity War, the original Avengers of the Marvel Cinematic Universe, Captain America, Iron Man, Black Widow, Thor and Hulk, remain as the last hopes for defeating Thanos and restoring imbalance to the universe. However, some familiar faces will be joining them in their efforts against Thanos in Avengers: Endgame.

Familiar faces like Ant-man, who found himself trapped in the Quantum Realm following the events of Ant-Man and the Wasp, and Hawkeye, who’s finally coming off the bench and fighting under his alternate alias, Ronin. Seeing Clint Barton swap his bow and arrow for a blade makes one think that he’s in dark place; something that might happen if his family fell victim to the snap.

Despite not being in this trailer, it’s all but confirmed that Captain Marvel will join the ranks of the Avengers. She’ll be making her Marvel Cinematic Universe debut March 8, 2019; just a month ahead of Avengers 4! If you don’t want to wait until then to see what she’s all about you can check out the new Captain Marvel trailer from earlier this week.

Getting all of these heroes together is going to be the trouble; they’re fractured and beaten in this trailer. Iron Man and Nebula are floating aimlessly through space, while Captain America and the rest of the survivors are figuring out their next move following the botched battle in Wakanda.

Marvel Studios’ official Twitter put out the first poster soon after the debut of the trailer, confirming the release date of the film:

Check out the new poster for Marvel Studios' #AvengersEndgame. In theaters April 26, 2019. pic.twitter.com/DFYmIq006o