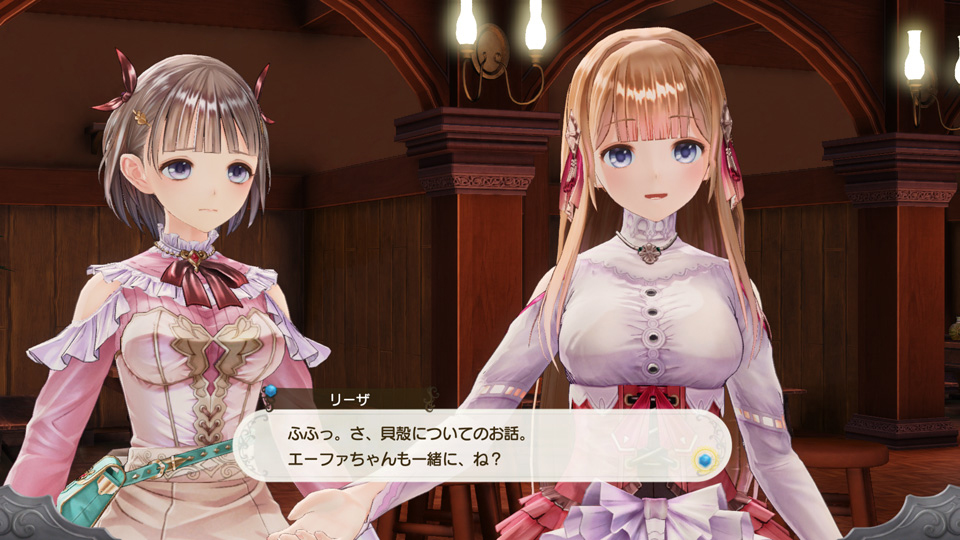 Today Koei Tecmo released a large batch of screenshots of the upcoming RPG by Gust Atelier Lulua: The Scion of Arland, on top of a new video.

First of all, the screenshots showcase a bunch of new and returning secondary characters that will appear in the game. We find Cole Durer, Lisa Von Baishmitt, Refle Von Baishmitt, Ierche Eremis, Pamela Ibis, and Wirth Klinsmann.

We also see how the battle system of the series has received a fresh coat of paint. The party will include three characters in the front row and two as a rear guard. The front row can attack monsters directly, while the rear guard can assist with skills. Each character has it own unique skills and using some in battle also helps to decipher the Alchemy Riddle.

Alchemists can use the new command “Interrupt” at any given time once the dedicated gauge is full. When using an item with an interrupt, it isn’t depleted. That being said, only one item per alchemist can be equipped to be used in this way. Additional effects will also happen.

We’re also gonna be able to take advantage of “Primal Arts” which are special collaborative attacks between the front row and the rear guard.

Pre-orders have been made available in Japan today, with a soundtrack as a bonus. To celebrate the occasion, Koei Tecmo also published a video with a preview of the music score.

You can check everything out below. If you want to see more about the game, you can check out, a previous gallery of screenshots, more images from a few weeks ago and the latest trailer. You can also read about the actors who will lend their voices to the main characters.