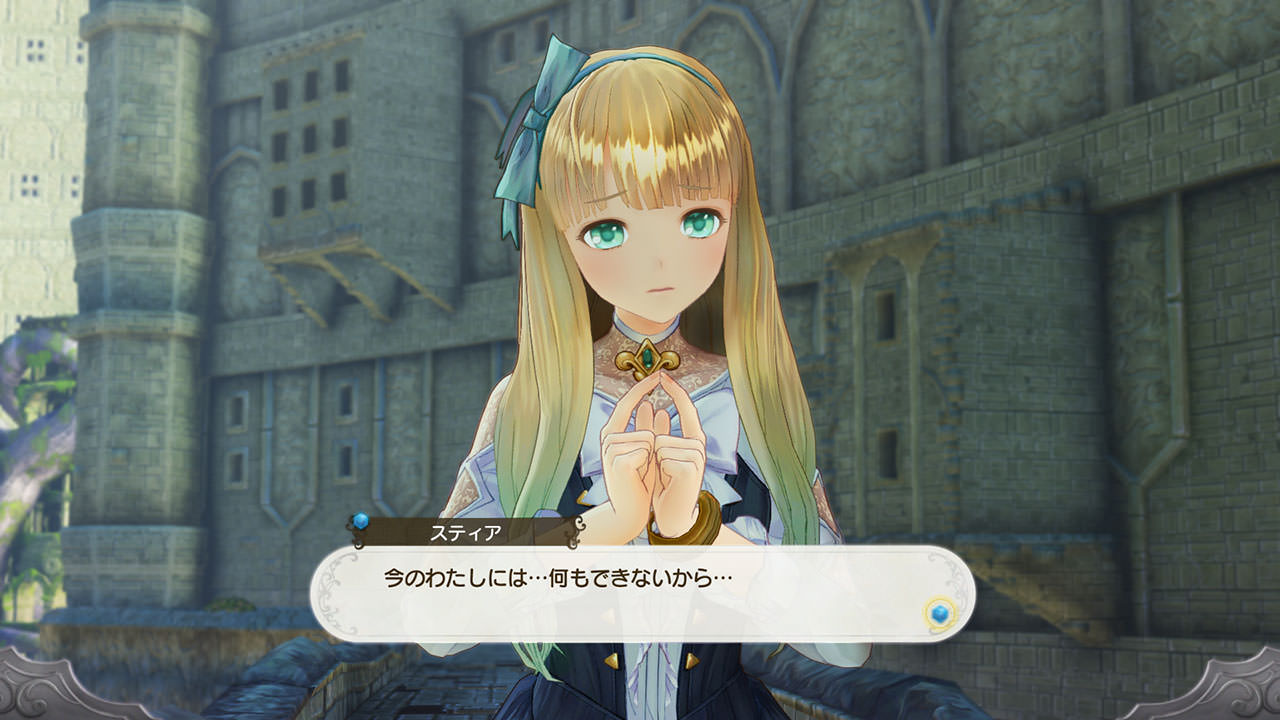 Today Gust released a brand new batch of screenshots of the upcoming JRPG Atelier Lulua: The Scion of Arland.

First of all, we meet three of the characters which will appear in this new Atelier game. Sterkenburg “Sterk” Cranach makes a comeback from previous games, and he is currently the head of a group of guards that strive to keep Arland safe.

Maana is an innocent and mischievous girl, but there is some depth to the way she speaks. Stia is a graceful young lady coming from a good family. She is a bit ditzy and unable to read the mood and other people’s feelings. She meets Lulua in an unexpected place.

We then take a look at the alchemy system in Atelier Lulua, which is an evolution of the mechanics found in Atelier’s Arland series. On top of familiar elements, we get new ones like Alchemical components and boost from the Mysterious series.

Lastly, we get a glimpse at the battle system which includes new commands that never appeared in the Atelier series before. More information will come at a later time.