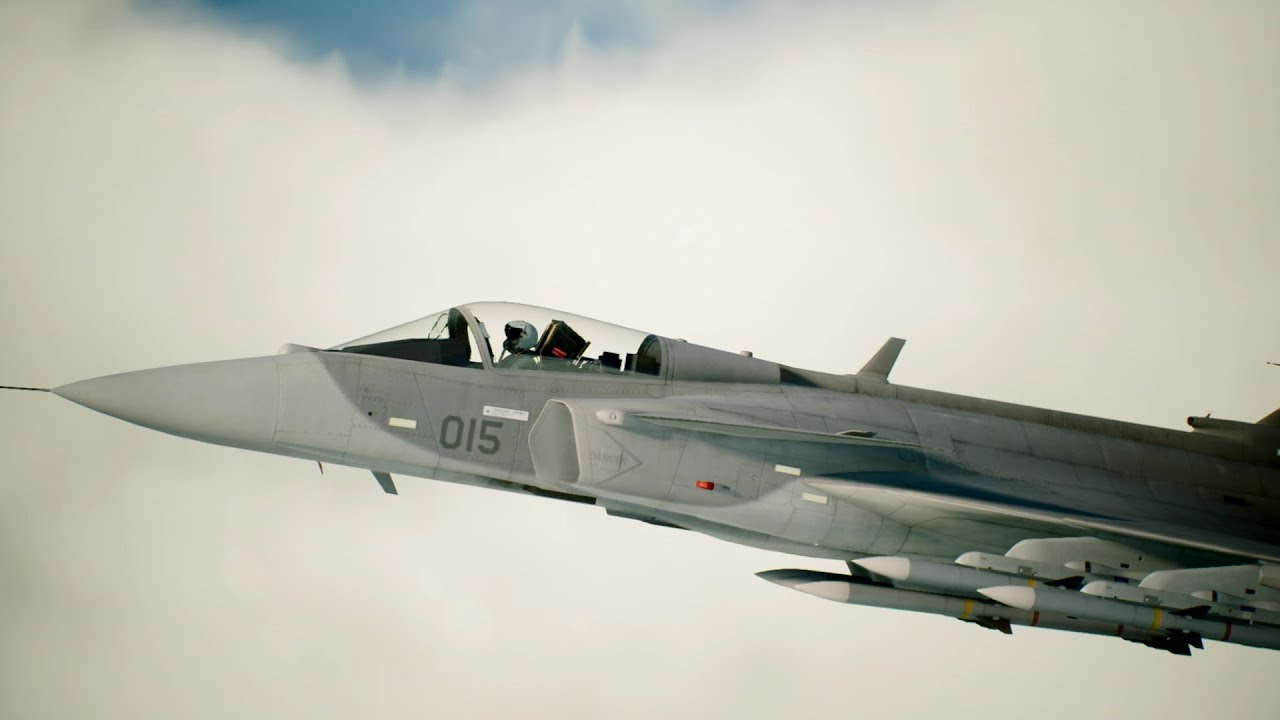 Ace Combat 7: Skies Unknown is flying low and fast towards its release next month, and today Bandai Namco released another new trailer featuring the Gripen E.

The Saab JAS 39 Gripen is the most modern among the line of fighters created for the Swedish air force, and it keeps the delta wing and canard configuration that has made its predecessor, the Saab 37 Viggen, a quite familiar sight among aviation enthusiasts.

This is the eight Ace Combat 7  trailer of a long series showcasing many of the aircraft flyable in Ace Combat 7, with the next coming on Saturday, Dec. 22, at 00.00 Japan time. There will be fifteen trailers in total which will be released across December and January until the game’s launch and even beyond.

Technically, this would actually be the ninth, but the one released yesterday for the F-22 Raptor was removed almost immediately, probably indicating that it was published in error.

You can watch the trailer below. If you want to see more videos, you can also enjoy the  video showing off the Mig-29A Fulcrum, another with the F-14D Super Tomcat, and one focusing on the A-10C Thunderbolt II.