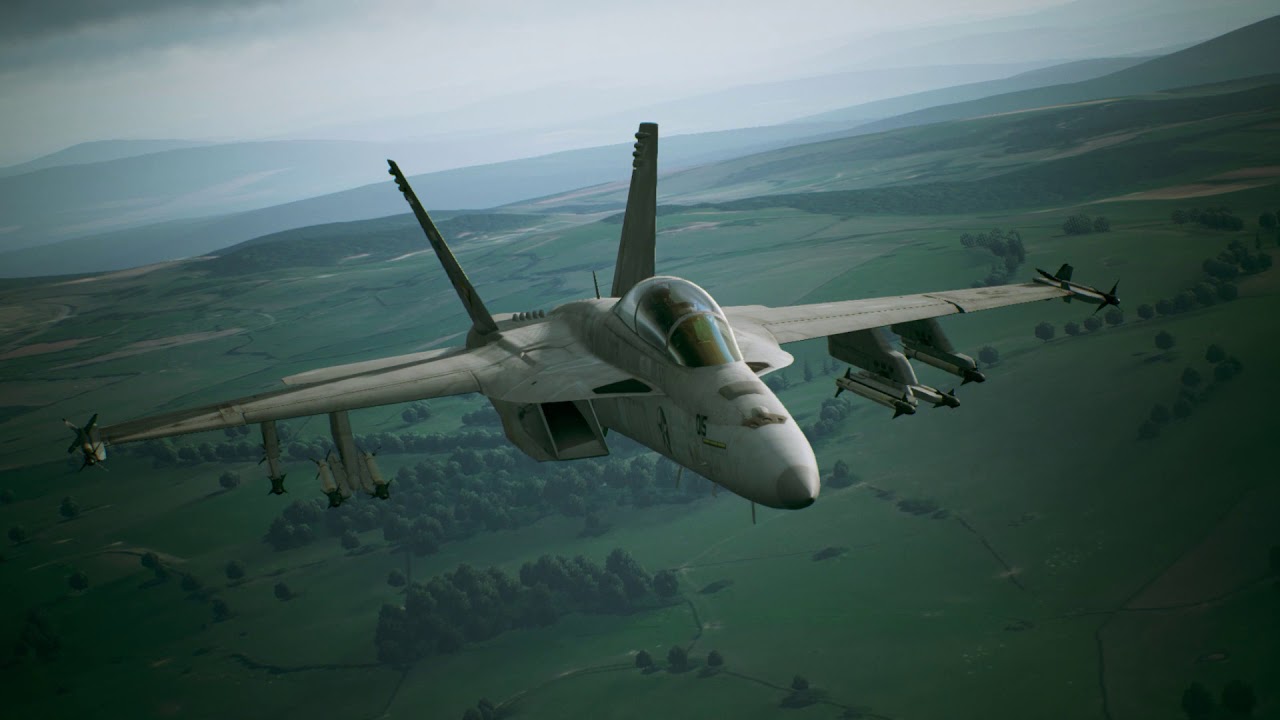 The video focuses on another one among the flyable aircraft that we’ll be able to enjoy in the game, the F/A-18F Super Hornet.

This is the third Ace Combat 7  trailer of a long series introducing many of the aircraft flyable in Ace Combat 7, with the next coming on Tuesday, Dec. 11, at 00.00 Japan time. There will be fifteen trailers in total positioned across December and January until the game’s launch. Actually, one will be after release, likely showing a DLC fighter.

The game is finally coming back to the fictional world of Strangereal after the unfortunate excursion in the real world with Ace Combat: Assault Horizon. It’s set in the year 2019, as the Osean Federation and the Kingdom of Erusea declare war in order to gain control of the Space Elevator.

You can check it out below. If you want to see more, you can also enjoy a previous trailer showcasing the Eurofighter Typhoon and the first focusing on the F-15C Eagle. You can also learn about the PlayStation VR missions included in the game.