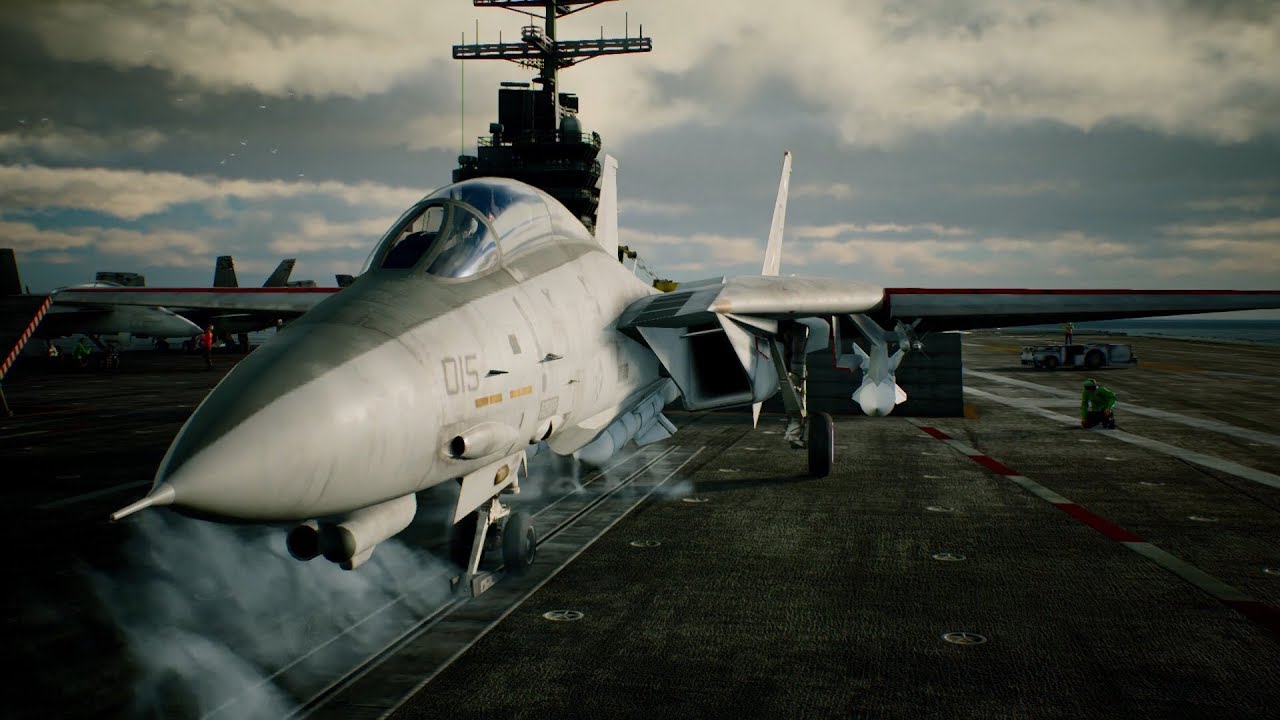 Ace Combat 7: Skies Unknown is accelerating towards its release next month, and today we have a close flyby on the tower with the glorious Super Tomcat.

The quintessential carrier-based fighter which was brought to mainstream fame with Top Gun (even if that was an F-14A, while in Ace Combat 7 we’ll fly the F-14D with improved engines and avionics) stars in today’s trailer.

Ace Combat fans will probably associate it with its black Razgriz livery from Ace Combat 5: The Unsung War. Aviation enthusiasts who can’t care the less about Tom Cruise’s flicks (even if back then they were still good) will probably think about variable-sweep wings and missiles that pack a punch really, really far.

This is the sixth Ace Combat 7 trailer of a long series showcasing many of the aircraft flyable in Ace Combat 7, with the next coming on Tuesday, Dec. 18, at 00.00 Japan time. There will be fifteen trailers in total which will launch across December and January until the game’s launch and even beyond.

You can watch the trailer below and imagine it with Harold Faltermeyer’s music. If you want to see more videos, you can also enjoy a recent trailer focusing on the A-10C Thunderbolt II, another starring the Mig-31 Foxhound, one more showing off the F/A-18F Super Hornet, another showcasing the Eurofighter Typhoon and the first focusing on the F-15C Eagle. You should also check out the screenshots released earlier today.