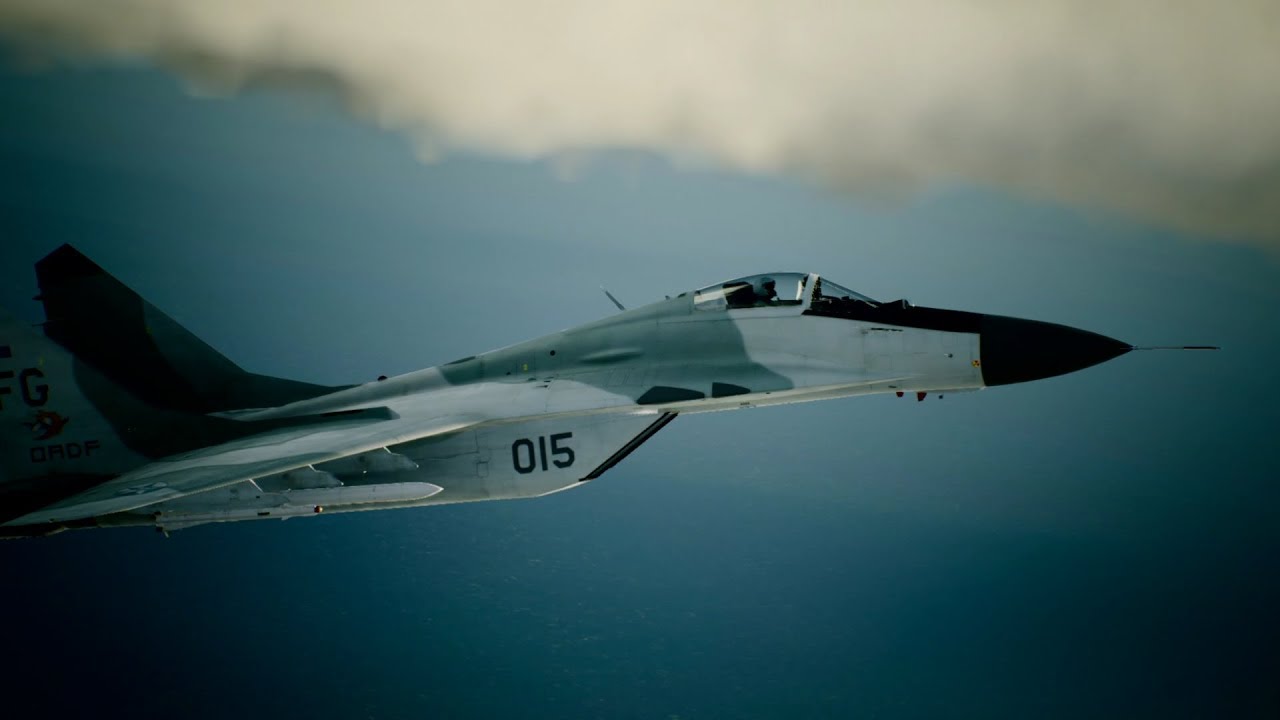 Ace Combat 7: Skies Unknown is getting closer and closer to its release next month, and today we have a brand new trailer focusing on the MiG-29A Fulcrum.

The Mikoyan MiG-29 has been the quintessential Soviet fighter in the public imagination until it was gradually replaced by the Su-27, and the Ace Combat series has a tradition of making planes from beyond the iron curtain look awesome thanks to their more colorful camouflage.

This is the seventh Ace Combat 7  trailer of a long series showcasing many of the aircraft flyable in Ace Combat 7, with the next coming on Thursday, Dec. 20, at 00.00 Japan time. There will be fifteen trailers in total which will be released across December and January until the game’s launch and even beyond.

You can watch the trailer below. If you want to see more videos, you can also enjoy a recent video waking up the Maverick within us with the F-14D Super Tomcat, a trailer focusing on the A-10C Thunderbolt II, another starring the Mig-31 Foxhound, one more showing off the F/A-18F Super Hornet, another showcasing the Eurofighter Typhoon and the first focusing on the F-15C Eagle. You should also check out the screenshots released earlier today.