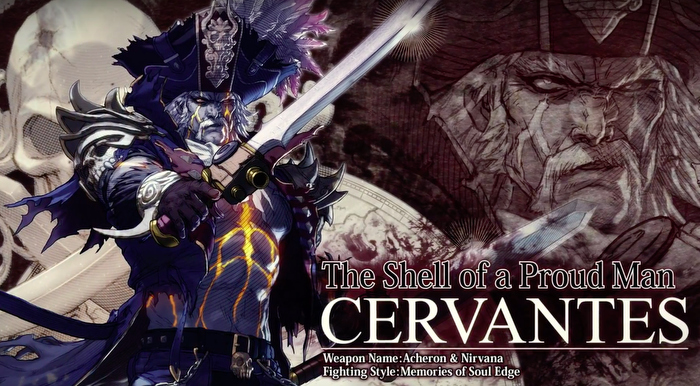 The spectral sword wielding pirate Cervantes is the latest mainstay fighter to receive a character trailer for Soul Calibur VI, and he look to be just as ferocious as ever.

Streamed by Bandai Namco Entertainment through the company’s official YouTube account, the trailer shows one of the original Soul Edge wielders in action. Armed with twin swords, one of which features a built-in pistol, Cervantes can quickly tear through opponents with lightning-fast combos and disrupt their rhythm with a peppering of bullets. He also boasts moves which allow him to fly across the arena in an instant, drilling through the air toward an opponent to keep them at a close range. Should he build up enough energy, he can unleash a devastating super attack that launches enemies into the air before driving them back down into the ground.

Set during the events of the first game, Soul Caliber VI retells the events of the original story to reveal new perspectives and hidden truths as to how the fighters came to be embroiled in battles for the fate of the world. The game also features Geralt of Rivia, the protagonist of the Witcher series, as a playable fighter, though the extent of his crossover’s relevance to the story is unknown.

Soul Calibur VI is slated for release on Oct. 19 on PlayStation 4, Xbox One and PC. For more on the game, check out some of the other character trailers released in recent months for Astaroth, Seung-Mina and Voldo.