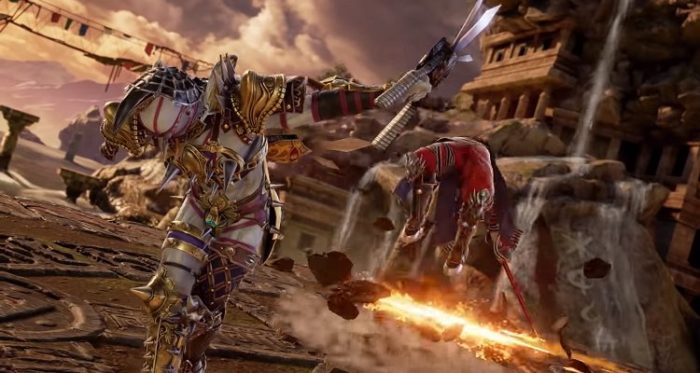 Bandai Namco has announced another character joining the roster of SoulCalibur VI, and it’s everyone’s favorite resident creep, Voldo. By all accounts it looks like Voldo is just as strange a characters as ever, and his new outfit has a ton of random spikes, straps, and an extremely creepy mask on the back of his head. Good to see his still sticking to his aesthetic.

Voldo uses an unpredictable fighting style in SoulCalibur VI, just like he has in past games. The contortionist can twist and turn his body into strange positions, crawling along the ground and dodging attacks with ease. Take a look at the full reveal trailer down below. Here’s the current full roster of characters.

SoulCalibur VI is set to release on October 19 for PS4, Xbox One, and PC. Make sure to take a look at our hands-on preview of the game from back in April, and check out six other guest characters we’d love to see.

Are there any other characters you’re hoping to see added to SoulCalibur VI? Any other guests you’d hope for? Leave a comment down below and let us know.