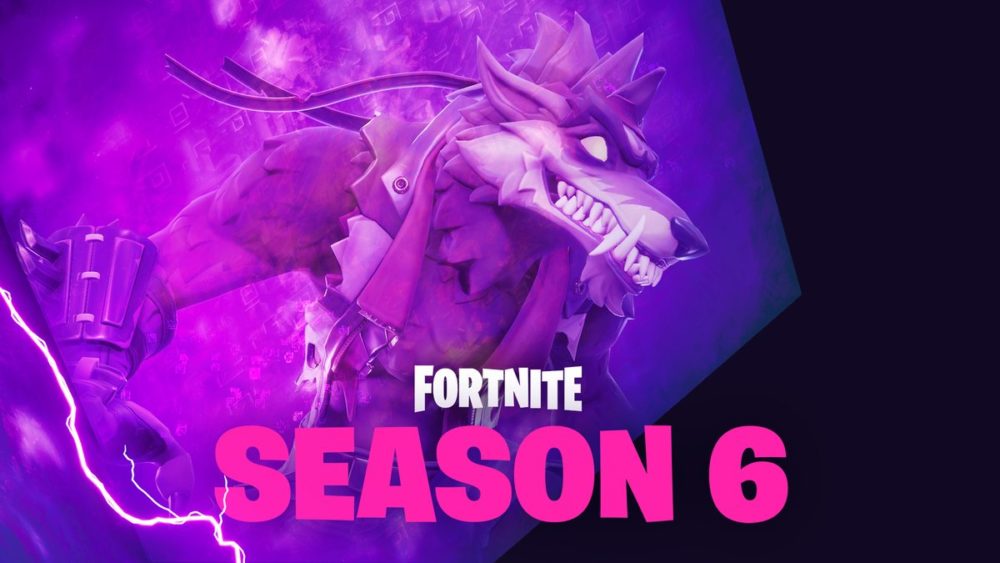 Following the reveal of Fortnite Season 6’s third teaser, some perceptive eyes over at Reddit have discovered that all the teasers fit together. The collage, which is missing the fourth teaser which should land when season 6 launches, is embedded below. The images all compile together to form a cube, the same cube that has been plaguing Fortnite’s map for weeks:

The third teaser was again revealed on Twitter, running as a direct thematic contrast to the previous two reveals. The image, found in the bottom right, shows a pretty badass werewolf skin. When the first teaser landed on Monday, fans and media outlets alike were expecting a party-themed season, yet the last two image teasers have thrown a thematic curve-ball right at us.

Fortnite is no stranger to inventive Season teasers, but its sixth iteration takes the cake. A random purple cube first appeared on Fortnite’s map on August 24, before dissolving into Loot Lake last week. After dissolving, the cube changed the lake’s properties, allowing players to bounce across the water.

Twinfinite previously reported that Fortnite’s sixth Season was shaping up to be a rave-infused love letter to Daft Punk, but now it’s certainly looking more X-Files than anything else. A multitude of Season 6 theories has been developing for weeks, with this image likely to be more fuel for Fortnite conspiracy nuts to argue over. Either way, it is time to strap in and worship our new cube overlord.