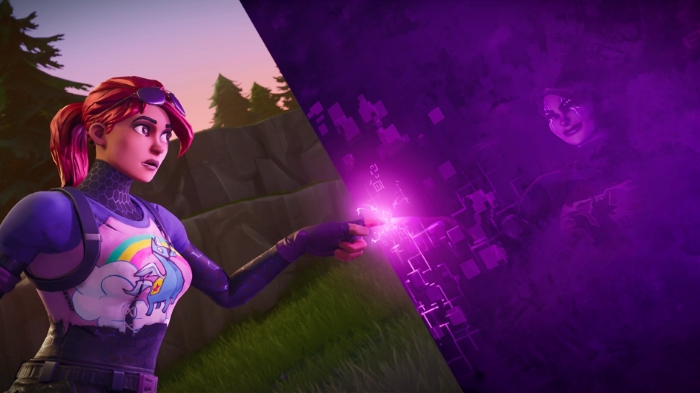 The mysterious purple cube that has been travelling around the entire map in Fortnite: Battle Royale has finally reached its destination today.

The giant cube was first introduced into the game’s one map in late-August without warning, while at the same time the giant rift in the sky caused by a rocket also disappeared. It slowly traveled around the map every few hours, destroying any structures in its way and sometimes marking the ground that caused sections of low gravity. It even destroyed the recently renovated building in Tilted Towers earlier today.

The cube ended its journey at Loot Lake today, falling into the water and turning the entire body of water to turn a glowing purple. The lake now has the same material as the cube and causes players to bounce across the surface, similar to the game’s Hop Rocks item from Season 4. Check out the entire event below captured by YouTube user Laytxn.

Loot Lake was not the most favorite location for players since it is located near the middle of the map and is difficult to travel across deep water without building over it. The cube has alleviated the concern by allowing players to simply bounce across it. It is unknown how long the lake will stay this way, or how else Loot Lake might change.

Fortnite: Battle Royale’s Season 5 is scheduled to end early next week, though no announcement for the start of Season 6 has been made yet.