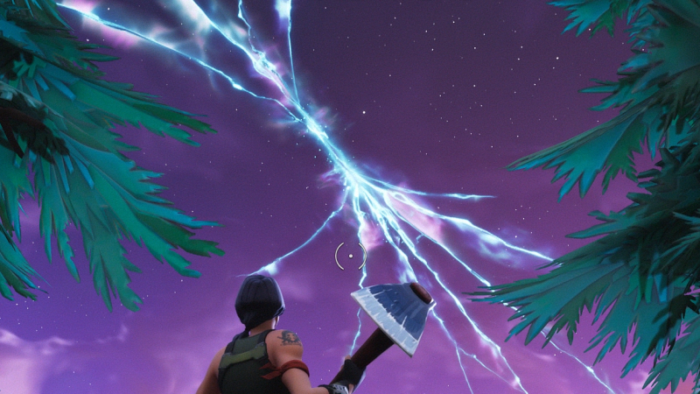 Yesterday, Epic Games greeted players of Fortnite: Battle Royale with a very special “Blast Off” message upon the start of the game. Players took this to mean that the mysterious rocket in the Evil Lair would finally be launching into the sky, ringing in the the shift from Season 4 to Season 5. And as it turns out, they were right.

We reported that the launch may only be preliminary, and we may not see any immediate changes to the game yet.  However, when the rocket finally launched, well, it provided some very unexpected results.

As the rocket made its way to Fortnite’s outer limits, instead of fading off into the distance, it launched what looked to be a little pod. This pod then shot a laser down the center of the map thus causing some sort of rip in space time, prompting another mysterious rocket to appear. This second rocket jumped its way between space portals until it finally made its way to the sky. Upon impact, the world was, quite simply, cracked. It’s almost as if it were a snow globe and someone had dropped it from some great distance.

As of this writing there are no further details on what this mysterious event means for Fortnite.  Could we be witnessing the origin of a new enemy type? Is it Thanos? Again?! More information is expected to be revealed from Epic Games in the coming weeks, as Fortnite: Battle Royale transitions from Season 4 to 5.