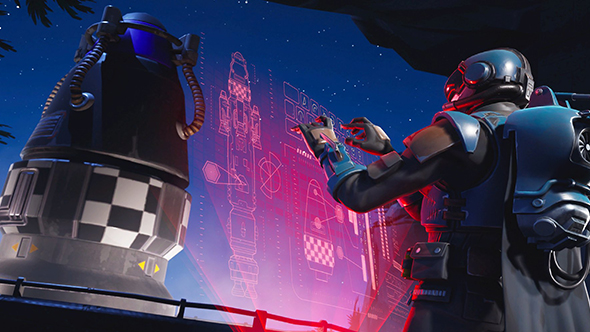 Fortnite’s heralding a pretty important event tomorrow, and if you’re planning on being out of the house for a bit, you may want to rethink those plans. It looks like that rocket that can be found in the evil lair near Snobby Shores is about to launch in a real-time, one-time-only event that you’ll need to make sure you’re around in-game to see.

The event is scheduled to happen at 1:30 PM ET, which Epic has announced, and it also recommends that you should be “in-match on Saturday” by those times, head up to the sky so you don’t miss out on what’s to come!

But despite the fact that the rocket seems to finally be launching, that doesn’t mean we’re going to automatically know exactly what the rocket launch means, or what it does. Fortnite’s Season 5 setup isn’t coming for another two weeks, so the rocket launch probably won’t do much at all other than launch into the sky, but it’s going to be one of those moments you wish you were around for instead of doing other stuff all day. Games sometimes have these events, and you always curse that you weren’t in the server to witness it.

Epic Games certainly knows how to rile the crowds up, too, with the way it’s always hyping the next big thing up. One thing’s for sure: Fortnite never has a dull moment, even when it’s right in the middle of dealing with server problems and other downtime.