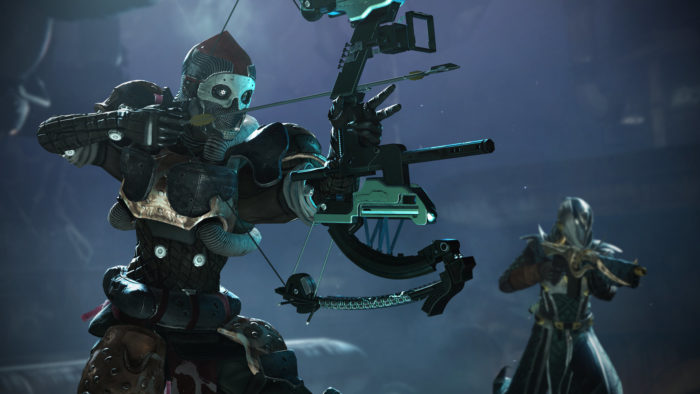 After lots of teasing, and trickling out of incomplete-information, during a livestream showcasing the combat changes coming to Destiny 2 with the Forsaken expansion next month, Destiny 2 fans finally have a clear look at how combat is getting overhauled.

There’s a lot, so let’s try and touch on the most dramatic changes coming to Destiny 2 and then rapid fire through some smaller tweaks that we gleaned from the stream. The biggest change is the new ammo/weapon slot system. We knew already that Destiny 2 was going to be allowing for more player agency when it comes to weapon loadouts, but now we know how Bungie is actually going to be implementing, and balancing that.

All weapons in Destiny 2 will have an additional piece of information called “Ammo” which appears next to the power level. The split between Kinetic, Energy, and Power weapons remain, but certain weapons such as Shotguns and Sniper Rifles will begin to appear as primary and secondary weapons, and can be used in either the Kinetic or Energy weapon slot. To balance this, more powerful weapons such as snipers, will still require special weapon ammo, even if you’re running it in the primary weapon slot. So, if you’re running a sniper in both the Kinetic and Energy weapon slot, you’re going to burn through your ammo much faster. The presenters mentioned that running double special ammo weapons though will be feasible, it’s not being balanced into futility, just more challenging than running more varied loadouts.

Unless you’re skilled, and can keep a steady flow of special ammo coming, you’re still probably safer running a weapon that can uses primary, and another one that uses special ammo. There’s still a couple of small questions we have are probably not top secret, but something that they presenters didn’t get a chance to touch on, for one is whether or not weapons that different weapon types that both draw from special ammo, will drain each other’s ammo reserves or if they will have their own separate ammo that will be fed and drained separately? Overall though, Destiny 2’s future for combat looks much clearer now. It seems like Bungie is willing to bend on their original creative vision if it adds to player fun, while still keeping balance and not going too over the stop a priority as well.

The other huge change shown for Destiny 2 was the update to mods. The mod system we know now is pretty much getting completely tossed out. Replaced is a much less cumbersome and interesting method of adding on what is essentially additional perks. You can mod your gun to have increased magazine, be stronger versus bosses, have increased airborne damage, etc. Guns will have one of these perks built in, and if you can dismantle the gun for the mod to add into a different one if you want. Mods no longer contribute to power level, thank goodness.

Also, we finally got a look at how exactly Bungie will be making our 10th Better Devils as interesting as the first one in Destiny 2. They did so by, well, showing us three different Better Devils. It seems that in every meaningful way that we can notice, the system is just rolling back to Destiny 1’s where guns have different perk rolls and you can cross you fingers to get a combo of perks that are very powerful, and/or fit your play style better. No complaints here.

Here’s a run down of some other notable changes mentioned during the livestream for Destiny 2. Check out the replay when it concludes for every single morsel, but suffice to say, Destiny 2 is going to play a lot differently, and hopefully for us here at Twinfinite and the community at large, for the better.