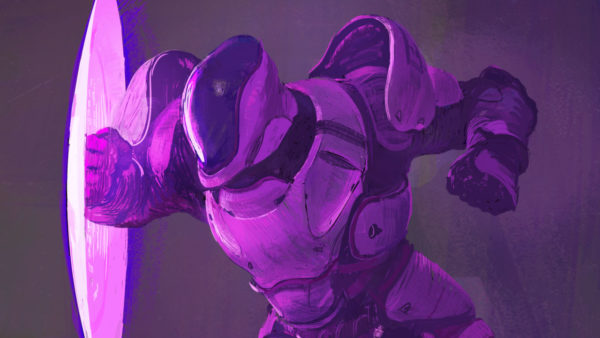 Recently, Game Informer got an exclusive close look at Destiny 2’s new supers and subclass paths. While new stuff is always good, that doesn’t always mean we’re getting quality content, so let’s take a deeper look at what’s on offer here. First, we’ll start with the Titan class and what the Sentinel subclass is getting.

While both the Striker and Sunbreaker supers look fun to use, it’s the Sentinel’s new path that looks to be the most game-changing. The Sentinel has shifted quite dramatically from what it used to be in Destiny 1 when it was still the Defender. While the Ward of Dawn has its uses in Destiny 2, the Sentinel is just as much an offensive force as a defender, and while that helps make the class more balanced from an attacker’s standpoint, in the process, it has lost a bit of that “commander” kind of role in the PvE meta.

The new super and abilities add a more support specialist feeling to the Sentinel that is currently lacking. Its new melee attaches a void detonator that blows up, dealing heavy damage and then attaches to nearby enemies. With this, you can imagine the Sentinel being the teammate that calls out enemies to get focused down by attaching this grenade. Detonations also recharge nearby allied grenade energy, which is another nice support tailored perk.

Most importantly, though, is the change to the Sentinel super. Now when you hold the guard button, instead of just having a personal shield, you’ll have a large extended shield that can protect multiple fireteam members, with the best part being that they can shoot through this barrier. While it’s not the same as being able to shoot out of the Ward of Dawn, a feature Defenders/Sentinels have dreamed of having for years, but this is probably the next best thing. And in a way, because this shield is mobile, it might even be a little better in certain situations! It looks similar to having the relic in Vault of Glass if you remember that.

The Sentinel, with this new path, can once again be used to rally the fireteam together for a big guarded DPS push on a boss, and now that teammates can safely shoot through the barrier, they actually might be safer than ever.

All of the Hunter subclasses are getting something neat. Arcstriders will get some defensive utility with their altered super and new attunements. And though I personally think it’s a bit counterintuitive, Gunslingers now have some crowd clearing options if for whatever reason their team is lacking it with their new super. It’s the Nightstalker though that is getting the flashiest changes out of all of them though.

The Nightstalker’s new super pretty much brings back the Bladedancer from Destiny 1, but in a crazy, souped-up form. The Nightstalker can go invisible, gain true sight (aka see where enemies are) smash enemies in the face with katanas, and then return to stealth. While yes, giving up the bow is going to be hard to do, especially in PvE, I can see this being incredibly powerful in PvP and Trials of the Nine. The Nightstalker also gets a new altered smoke grenade that can slow enemies that get caught in its path down, and through the use of a new attunement will go invisible after every precision kill.

I’d be interested to see how raiders make use of the heavy focus on invisibility, but even if the bow still is the most popular option in PvE, PvP is definitely going to be shaken up by this new path.

I’m sure there are hardcore Dawnblade fans that are going to hate me for saying this, but I feel that up until now, it’s been a whole lot of wasted potential. They stripped the Solar Warlock class of its self-revive, understandable considering how overpowered it was. However, they didn’t really give it anything to make up for it. Its super is fine, but there’s more room for error than other offensive-minded supers. The new path for Dawnblade is going to change everything about the subclass, and once again, make it the premiere support option for Warlocks.

Now, instead of flying up high with the sword, and raining down fire, you’ll plant the sword, clearing out nearby enemies, and create an aura that heals allies and increases their damage. Also, instead of throwing a grenade, you now have the option to throw a healing grenade, that well, yeah heals teammates and also gives them an overshield to boot.

Destiny has never had a real “healer” class. There have been subclasses that fit that role better than others, but this is the first time that a subclass is going to have all the tools it needs to be a true healer in the traditional sense. By design, the new Dawnblade path should be hanging back, keeping an eye on their teammates and coming to their aid when they are in trouble.

We still have a few months to go before Destiny 2: Forsaken is released, and we can properly evaluate how these new paths fit into the existing meta, seeing them in action have us excited about the possibilities. What are you most excited about? Let us know in the comments below.