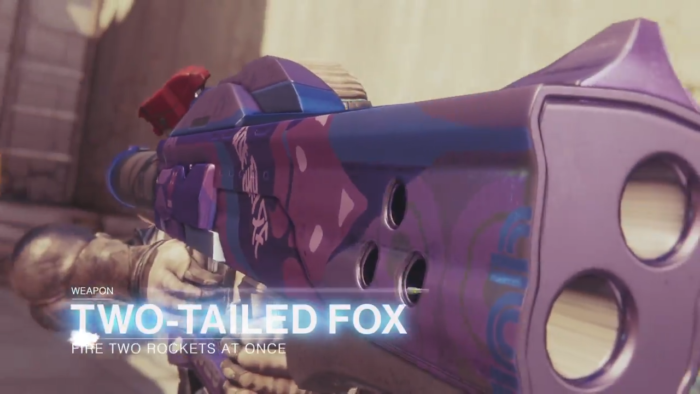 Destiny 2’s latest trailer is out, showcasing the upcoming expansion Destiny 2: Forsaken. The video offers a sneak peek at some of the new weapons and gear on offer. First up, you have the Two-Tailed Fox, which fires two rockets at once for some devastating destruction. Next is the Antaeus Wards armor, which lets you slide to reflect projectiles. Seeing it all in action is pretty sick, so these descriptions don’t really do this new gear justice. You’ll have to watch the video to see it properly.

Next, the Trinity Ghoul weapon grants you electrical storm arrows for precision kills. It’s a pretty sweet-looking bow that should really tear up the competition. The next piece of armor, the Sixth Coyote, grants the double dodge ability, just in case you find yourself on the receiving end of any of these weapons.

The powerful Malfeasance weapon gives you an explosion with five hits, so you’ll want to strategize heavily around using this arm. It’s going to be a dangerous one, of course. You may want to use that to clear out crowds instead of the Black Talon, an interesting new projectile sword.

The One Thousand Voices weapons unleashes a ridiculous exploding “beam of fire,” which may be the coolest description in the entire video. There’s a whole lot more where these came from, too, but if you want to see the rest, just check out the footage of the various tools in action. Destiny 2: Forsaken is coming to Xbox One, PlayStation 4, and PC on September 4.