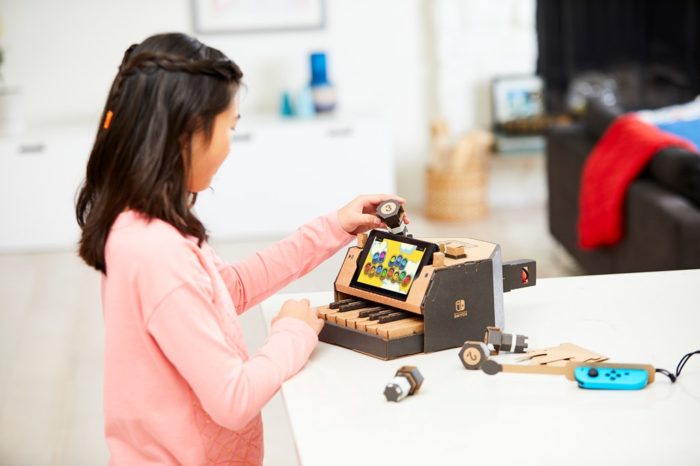 As of this morning, consumers can now pre-order Nintendo Labo at select retailers including Amazon and GameStop. Target, Wal-mart, Best Buy, and Toys ‘R’ Us have not yet begun preorders as of publication time.

Nintendo announced its Labo product line yesterday, with three products slated to launch on April 20. The launch lineup includes consists of the Toy-Con Variety Kit for $69.99, the Toy-Con Robot Kit for $79.99, and the Customization Kit for $9.99.

While the company has not announced plans for any further Labo products, Nintendo of America President Reggie Fils-Aime revealed yesterday that the console holder is open to expanding Labo both through first and third-party offerings should the launch products prove successful.