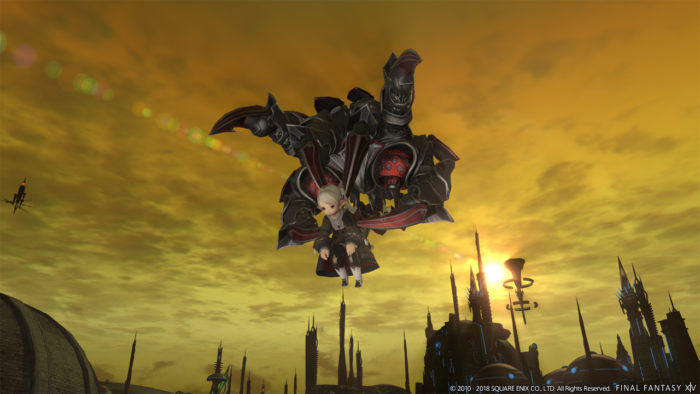 Final Fantasy XIV patch 4.2, titled Rise of a New Sun, will be dropping in late January, and Square Enix has just released yet another batch of new screenshots to give fans a taste of what’s to come. In addition to some new story content, the patch will also bring about some new features and events to keep players occupied. The first one is the inclusion of new instruments for Bards to make use of when executing the Perform action. There will be a new UI to help street performers improve their craft and add some variety to their music. I discussed the benefits of including more immersive elements like these to the game just last month, and it’s nice to see that Square Enix feels the same.

The patch will also include new mounts, which you can check out below. Patch 4.2 will continue the Stormblood MSQ as Ala Mhigo finally gets back on its feet, and it’ll also come with improvements to the Glamour system and fix some inventory issues.