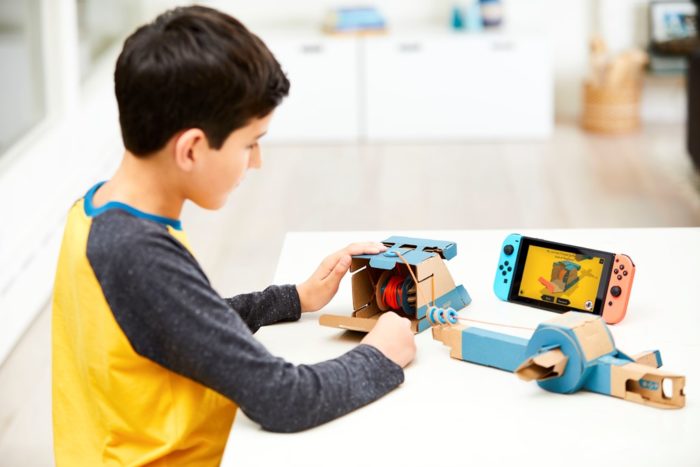 That’s the question Time asked Nintendo of America President Reggie Fils-Aime, who would only vaguely commit to future possibilities. “While there’s nothing to announce today, certainly if we’re successful with Labo, it can create future opportunities,” he said.

Still, Fils-Aime made clear that Labo won’t necessarily be limited to the April launch’s Variety Kit, Robot Kit, and Customization Kit launching. Even on this front, however, Fils-Aime would not even confirm whether or not the console holder itself planned to release more Labo products.

“Can [the Toy-Cons] be incorporated into other forms of gameplay? Certainly,” he said. “But right now we think if we effectively communicate the power of the idea with Nintendo Labo [and] really enable players to make their creations, personalize them, and enjoy the [inherent] gameplay experiences… We think that’s going to be a great way to start and then progress down the path.”