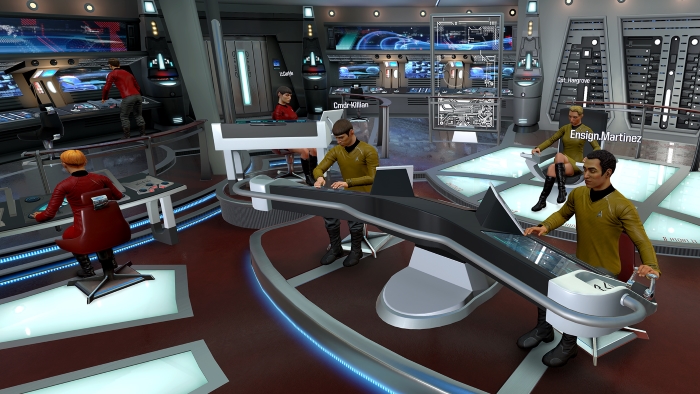 Star Trek: Bridge Crew can now be played without a virtual reality headset in a new update released earlier this week, Ubisoft announced.

The free update affects both PC and PlayStation 4 versions, and allows those without a HTC Vive, Oculus Rift, or PlayStation VR to experience the Star Trek simulation game. While the game supported cross-play between the two platforms, now VR players can be matched alongside those with a controller or keyboard and mouse. The update also adds Windows mixed reality headset support.

Another change from the new patch that developer Red Storm detailed in the video below is “graphical enhancements.” This was created specifically for non-VR play, but can be turned on in the setting menu for players with high-end PC hardware. The developer also teased more features would be coming to Star Trek: Bridge Crew beyond the non-VR update, but did not give any additional details.